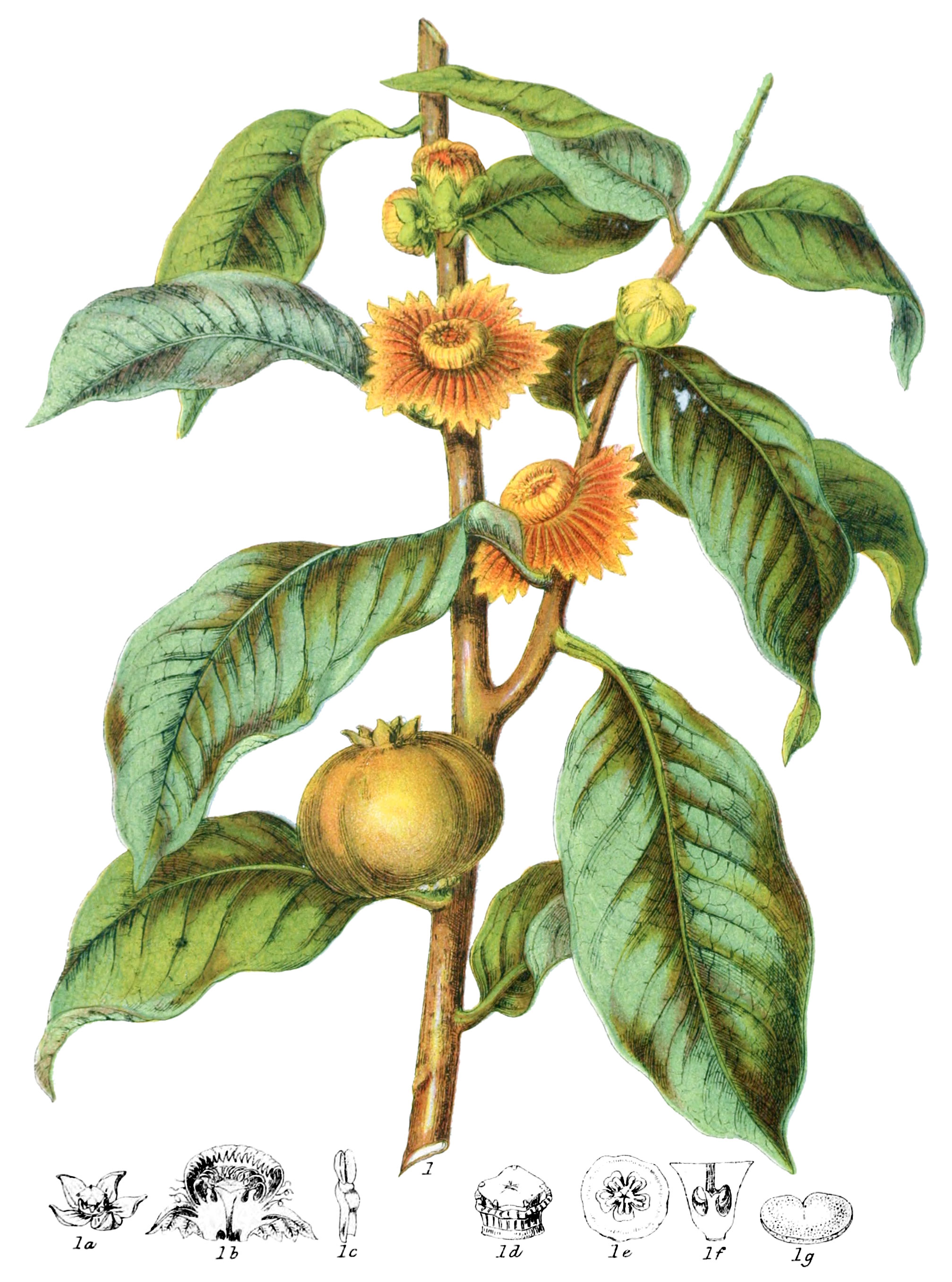 A few shrubs of small size, having a soft white wood. The leaves are evergreen, alternate, and leathery, with thick channelled stalks, entirely destitute of stipules. The flowers grow from the stem and branches, at the base of the leaf-stalk, surrounded at their base by a few round imbricated scales. The calyx is a thick leathery cup, divided into five ovate segments at the top, not folded over each other in the bud. The corolla is composed of three parts or rings; the outer circle is of one petal, five-lobed, and having in each division seven strong ribs, which in the bud are folded closely together, the thin membranous portion of the petal lying wrinkled between them. As the flower expands, the ribs still give it a plaited appearance. The next ring is a row of slender curled fine-pointed threads. The third is of a cup-shape, the top notched and rolled inwards. The stamens are twenty, and form a circle within the cup, surrounding the short solid style; the filaments are wide at thei base and narrow at the top; the anthers are oblong, two-celled, attached to the top of the filaments. The ovary lies embedded in the mass formed by the base of the corolla, stamens, and disk; it has five cells, in each of which two ovules are suspended from the top of the central axis. The upper part of the style is five-angled, and is terminated by a flat stigma, also having five angles, at the points of which are small glands or pores. The fruit is a soft spherical berry, surmounded by the calyx, with a tough rind and mucilaginous pulp. The seeds are large, kidney-shaped, and contain no albumen.

This Tribe has most affinity with Rhizophoraceæ, chiefly through Kandelia.

The rind of the fruit contains tannin.