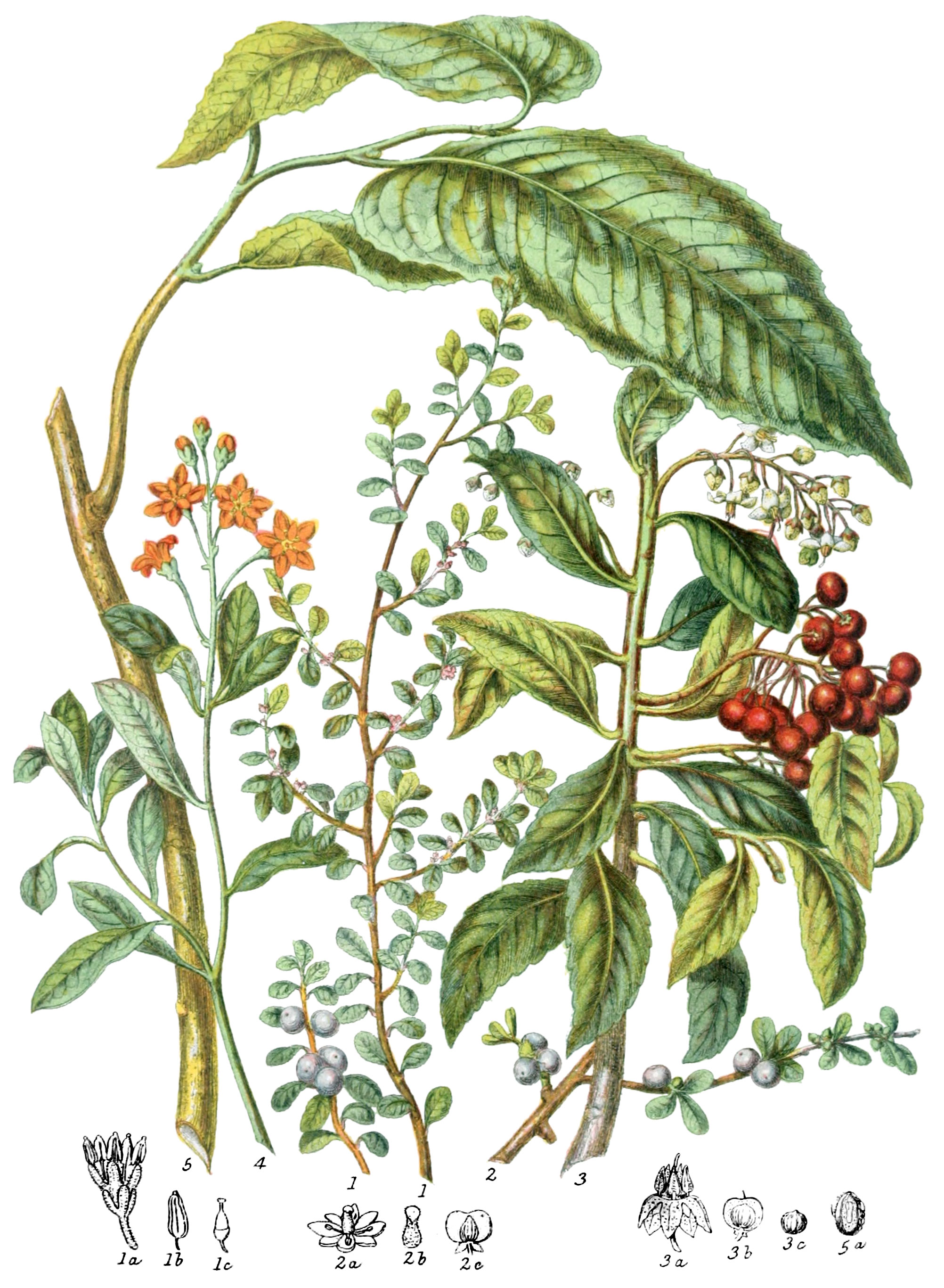 Trees and shrubs; the leaves are undivided, entire at the edges, or serrated, leathery, smooth, without stipules; some are undershrubs, with opposite or ternate leaves. The flowers are small, and grow in umbels, or panicles, or from the base of the leaf-stalks; seldom from the ends of the branches. The calyx is four or five-lobed, persistent. The corolla is of one petal, attached to the base of the ovary, divided at the top into four or five equal segments, often marked with sunken dots or glandular lines. Sometimes the stamens and pistils are in separate flowers; the stamens are four or five, opposite to the segments of the corolla, and inserted into its base; the filaments are distinct, rarely connected, sometimes wanting; occasionally five imperfect petal-like filaments are alternate with others; the anthers are attached to the filaments by their base, and open by two longitudinal cells. The ovary is free, or partially adherent to the calyx, with a single cell, containing many ovules. The styles is single, often very short, the stigma undivided or lobed. The fruit is fleshy, containing one or many seeds. The seeds are angular or roundish, with a hollow scar and a single covering; they contain abundant horny albumen.

This Tribe is allied to Sapotaceæ, chiefly through Jacquinia; and to the Mangrove tribe by Ægiceras.

Slightly pungent fruit and astringent bark are the only known properties of these plants.

This Tribe inhabits chiefly in the Indian Ocean. No species have been discovered in Asia further north than in latitude 40°, in Japan. In Africa, none are known to extend beyond the Tropic of Cancer, on the north. Myrsine floridana is the only species of North America, in latitude 30° north. None belong to Europe.