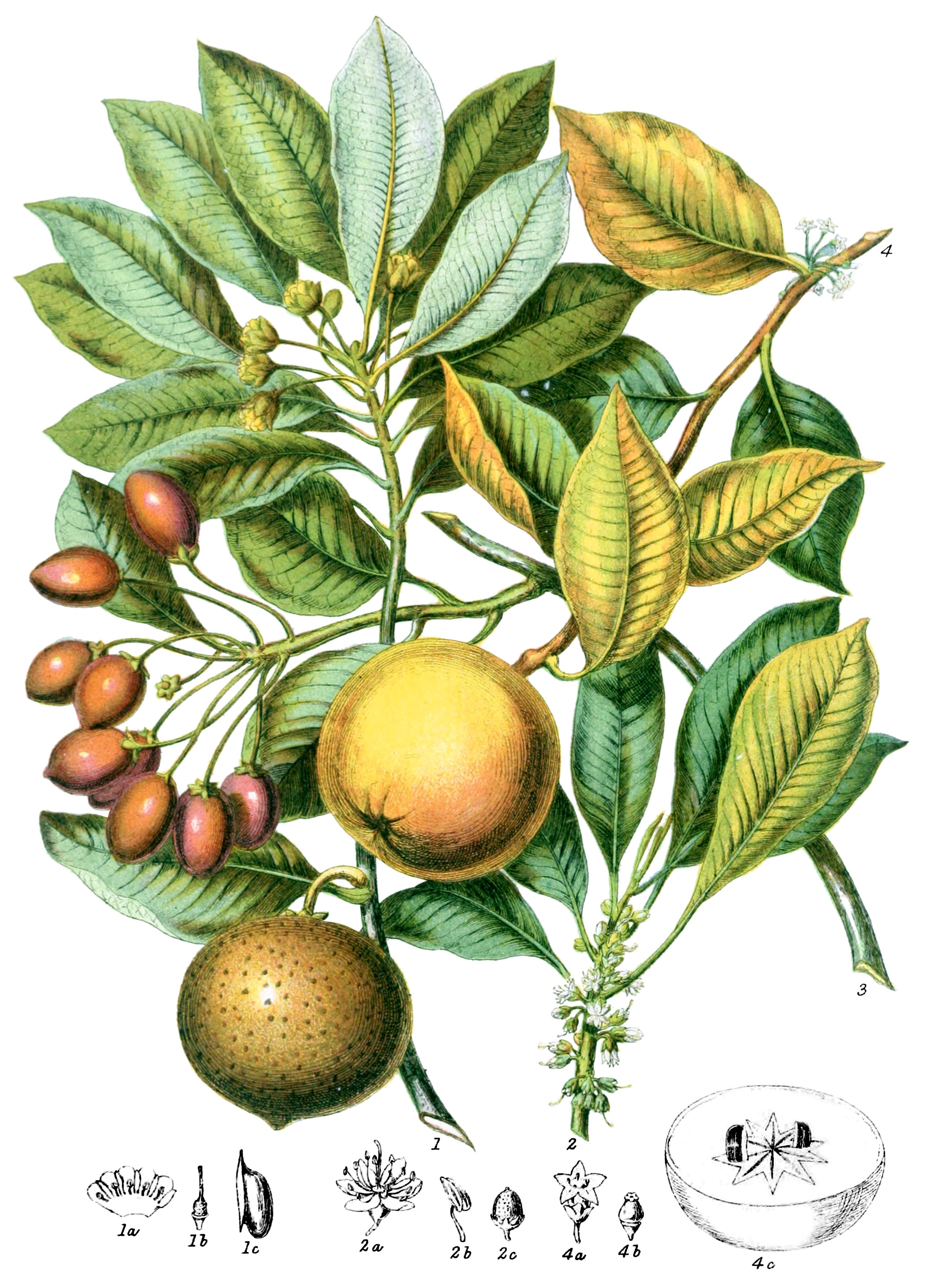 Trees and shrubs, nearly all tropical, of soft wood, often abounding in a milky glutinous juice. The leaves are alternate, or occasionally crowned into circles on the branches, without stipules, entire at the edges, leathery. The flowers proceed from the base of the leaf-stalks. The calyx is regular, divided into four or eight lobes, persistent. The corolla, is composed of one petal attached to the base of the ovary, regular, deciduous; its divisions usually equal in number to those of the calyx, rarely more, imbricated in the bud, sometimes fleshy. The stamens arise from the corolla, are of definite number, distinct; those which bear fertile anthers of the same number as the divisions of the corolla and opposite them; the imperfect stamens alternate with them. The ovary is above the base of the calyx, with several cells containing one ovule each; the style is single, the stigma undivided, or sometimes lobed. The fruit is fleshy, with several one-seeded cells; the seeds are nuts, often with a bony shining case, having a long slender scar on the inner face; they sometimes contain albumen.

Astringent bark and oily fruit are the principal properties.

This Tribe inhabits chiefly the Tropics of Asia, Africa, and America; a few species belong to the south of North America, and to the Cape of Good Hope.