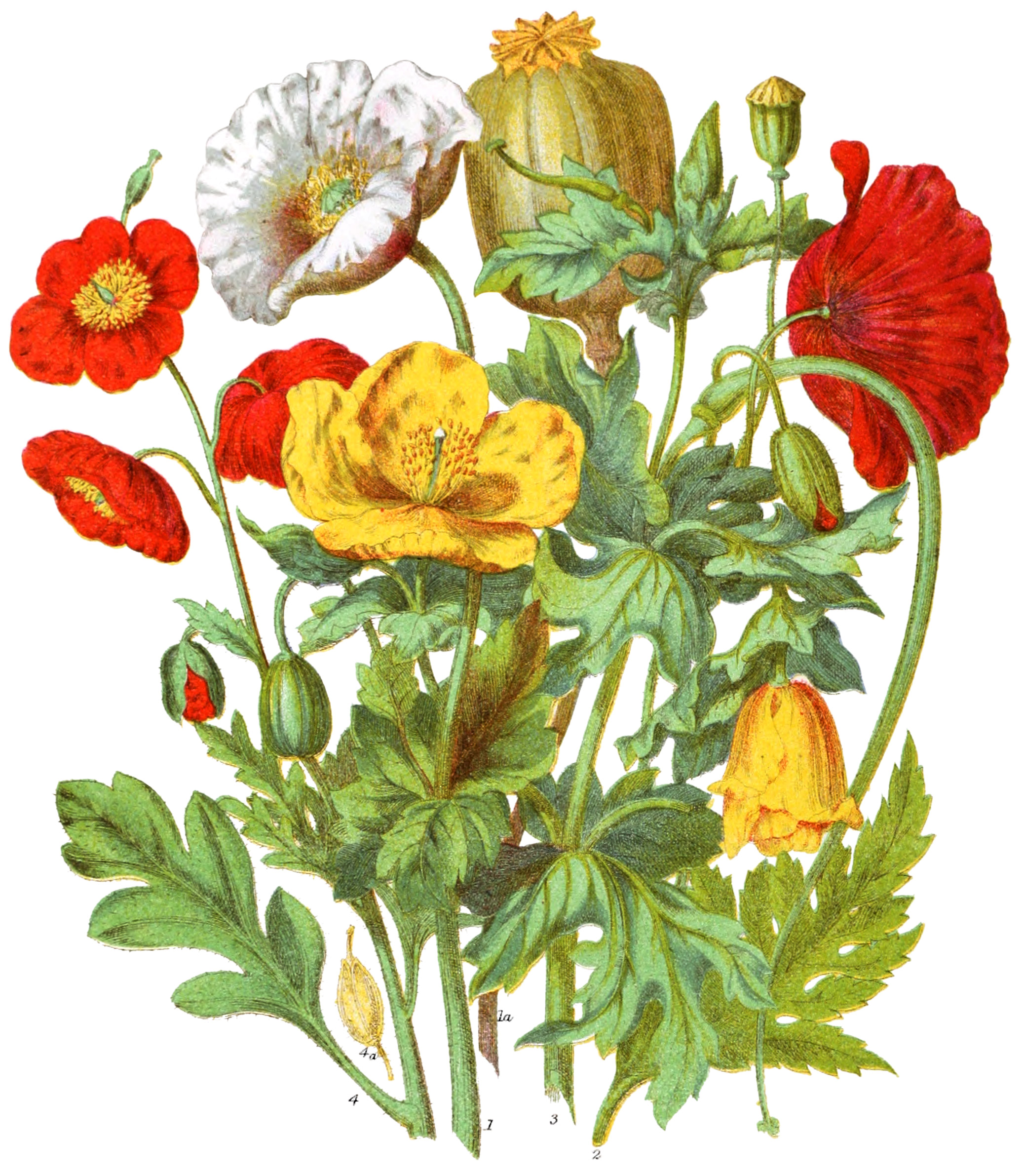 Herbaceous plants and shrubs; leaves alternate on the stem, either simple or divided; without stipules at the base of the leaf-stalk. The flower-stalks are generally long, bearing flowers singly; the calyx is composed of only two or three sepals, which fall off when the flower expands; the petals are usually four, sometimes six,—in Bocconia they are wanting. In the bud state the petals are usually crumpled. Stamens numerous, attached to the base of the pistil, the style of which is short; stigmas, either two or many, forming a rayed star on the top of the ovary. The seed-vessel is either a capsule as in the Poppy, or long and pod-shaped as in Glaucium, the Horn Poppy, containing numerous seeds of a fleshy, oily nature.

The different plants of this Order are dispersed most abundantly in Europe, scattered species being found but rarely in other parts of the world. Two are known to belong to Siberia, three to China and Japan, one to the Cape of Good Hope, one to North America, and six to tropical America. Those which are perennial are chiefly natives of mountainous districts Papaver ræas (2) and P. dubium of England are now found in gardens in India, probably introduced from Europe. Papaver glabrum, the only native Indian species, grows in corn-fields on the terraced slopes of the Himalayas, at an elevation of from 5000 to 7000 feet. Meconopsis is the most widly-scattered genus of this Order; M. cambrica belonging to Westmoreland and Wales; M. aculeata being common on the Himalayas, and other species growing in North America.