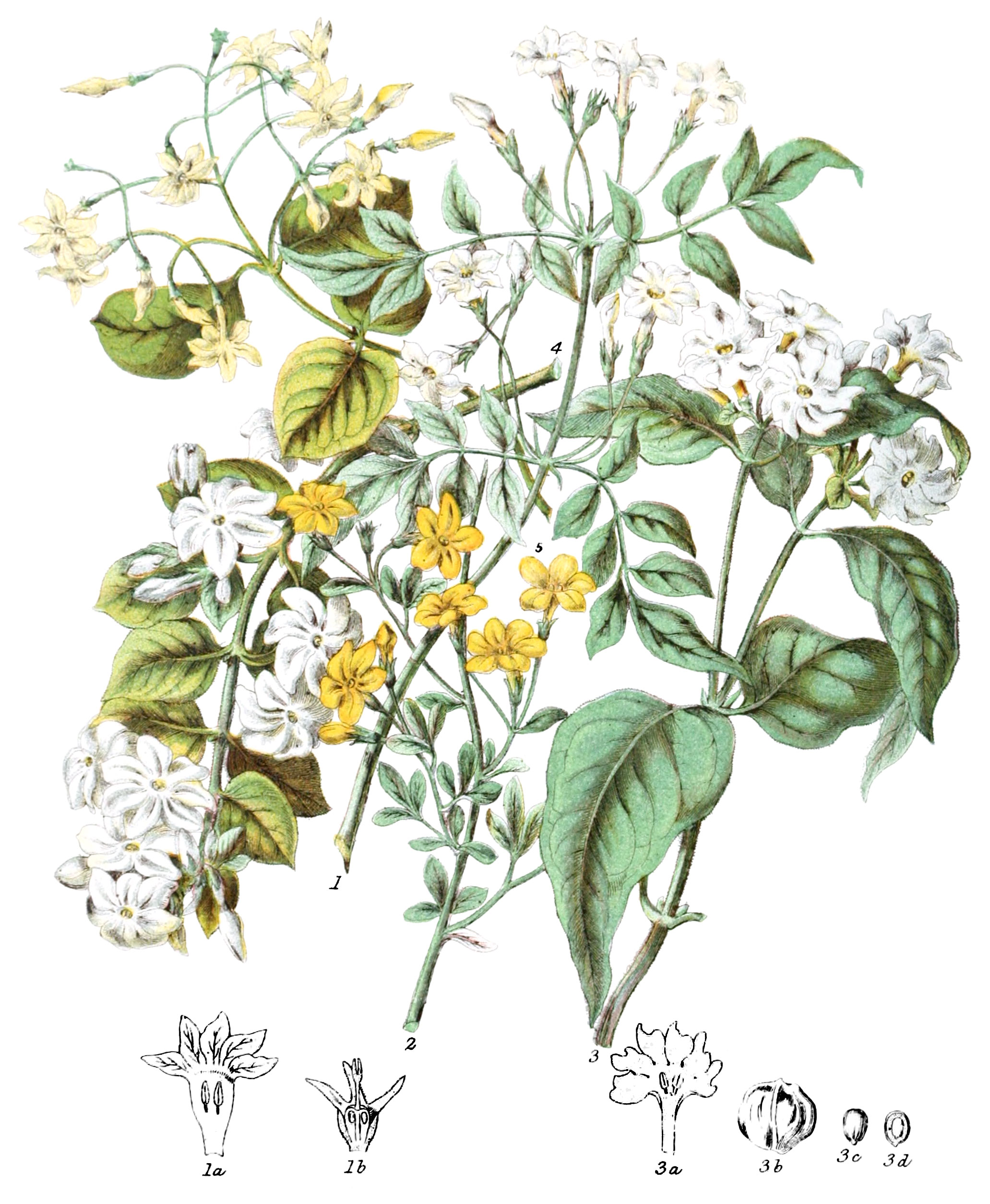 Shrubs, often with a twining stem. The leaves are opposite or alternate, mostly compound, in threes, or pinnated with an odd leaflet, sometimes they are simple; the leaf-stalks are usually jointed. The flowers grow on opposite stalks, or in small spreading clusters; the calyx has from five to eight divisions or teeth, and is persistent. The corolla is of one petal, attached to the base of the ovary, tubular below, salver-shaped at top, and parted into from five to eight segments, which rest upon each other, and are twisted or valvae in the bud. The stamens are two, arising from the corolla, enclosed within its tube. The ovary is destitute of a disk, is two-celled, two-lobed, with from one to four ovules in each cell; the style is single, the stigma two-lobed; the fruit is either a berry or a capsule. The seeds have no albumen, or very little, their outer covering sometimes membranous.

This Tribe has affinity with the Olive tribe; the fruit indicates a connexion with Verbenaceæ.

A fragrant oil is contained in the flowers.

The plants of this Tribe are chiefly natives of the Tropics of India, abounding in all parts. One species of Jasminum has been found in South America and three species of Bolivaria. A few belong to Africa and the neighbouring islands. New Holland possesses several; two extend into the southern regions of Europe.