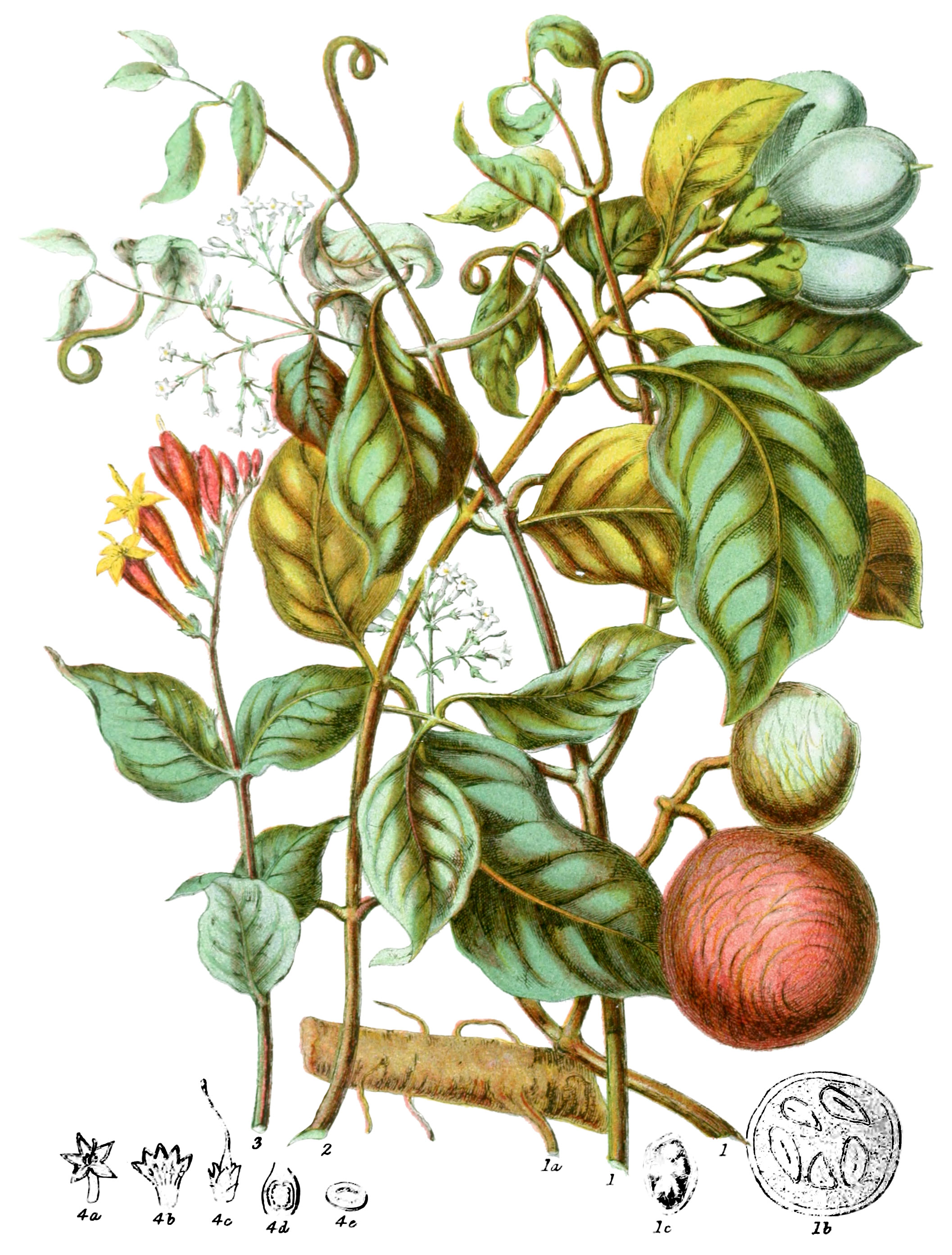 Trees, shrubs, and herbaceous plants. The leaves are opposite, entire at the edges, usually having stipules which adhere to the leaf-stalks, or are combined into sheaths. The flowers are on branching stalks, or solitary. The calyx is below the ovary, four or five-parted; the corolla is regular or irregular, four or five or ten-parted. The stamens arise from the corolla, all placed on the same line. The ovary is above the calyx, two-celled, the style continuous with it: the stigma simple. The fruit is either a capsule with two cells, or a drupe with one or two-seeded stones, or a berry with the seeds immersed in pulp. The seeds are sometimes winged, they contain fleshy or cartilaginous albumen.

These plants have affinity with Apocynaceæ, but are distinguished by not having milky juice, nor a glandular stigma.

This Tribe inhabits chiefly the Tropics, a few species only are natives of New Holland and North and South America.