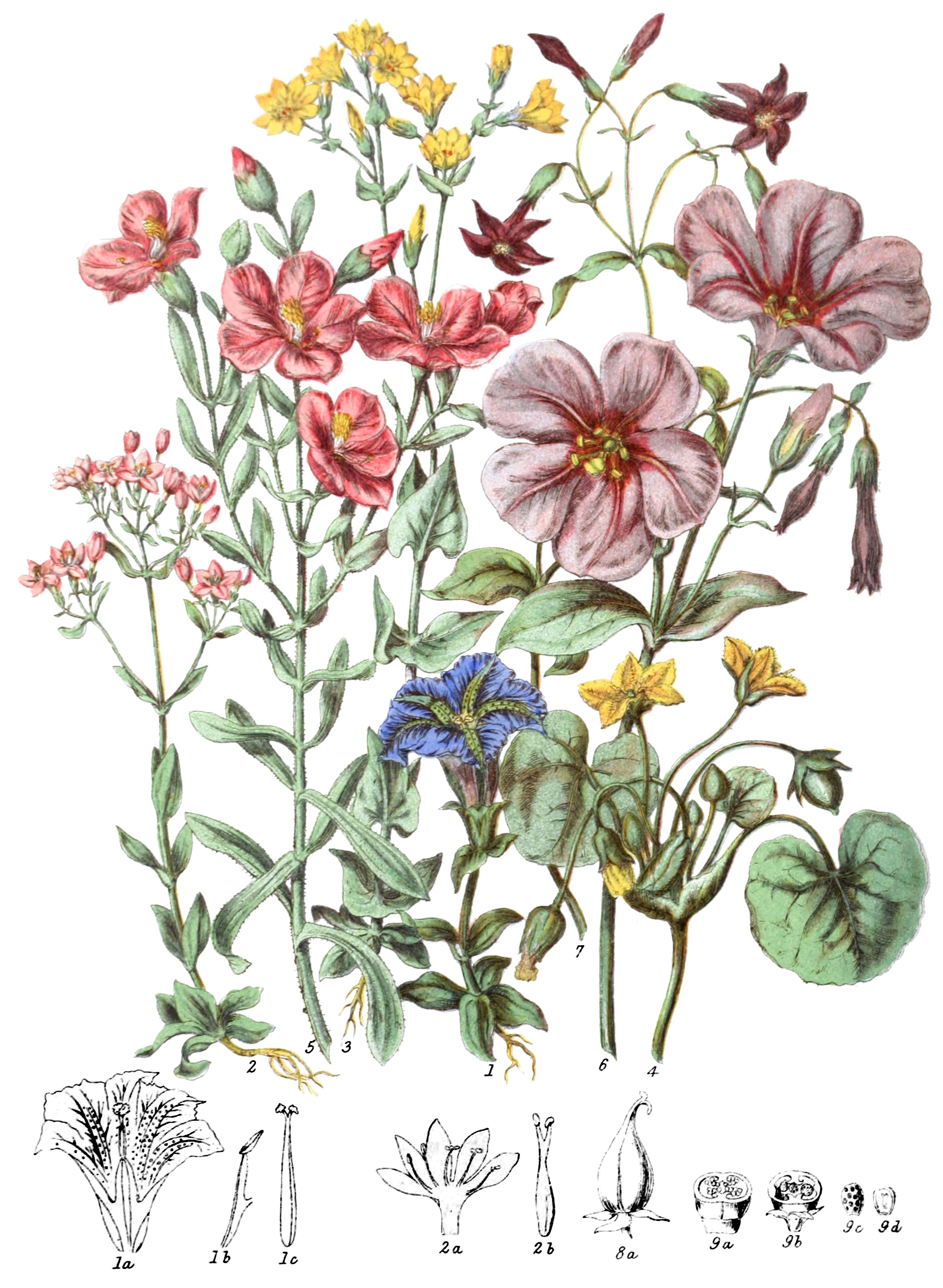 Herbaceous plants, and a very few shrubs; generally smooth, occasionally of a twining habit. The leavs are opposite, rarely alternate; usually without leaf-stalks, sometimes having stalks widened at the base into a kind of sheath; entire at the edges, generally three-ribbed, without stipules. The flowers are at the ends of the branches, or at the base of the leaf-stalks, regular, very seldom irregular. The calyx is below the ovary, divided at the top, persistent. The corolla is of one petal attached to the base of the ovary, tubular below, divided above into from four to eight segments, equal to those of the calyx; the top of the tube, or the segments sometimes finely fringed; the corolla is sometimes prolonged into a spur at the base; in the bud state plaited or folded. The stamens are inserted on the corolla, alternate with its segments; some are occasionally imperfect. The ovary is composed of two carpels, one or two celled, many-seeded. The style is single, stigmas two; the seed-vessel is a capsule or a berry containing many seeds on the margins of the valves. The seeds are small, and contain soft fleshy albumen.

This Tribe has close affinity with Apocynaceæ, but is without milky juice, and the seed-vessel usually a capsule, not a follicle.

This Tribe extends over almost every part of the world, from plains to the verge of perpetual snow; most abundant on the Alps and the Andes; less frequent in extreme north and south latitudes; rare in New Zealand, Tasmania, Greenland, Iceland, and the Arctic and Antarctic islands; unknown within the Polar regions.

*Erithræa was spelled “Erithrea” in the description.