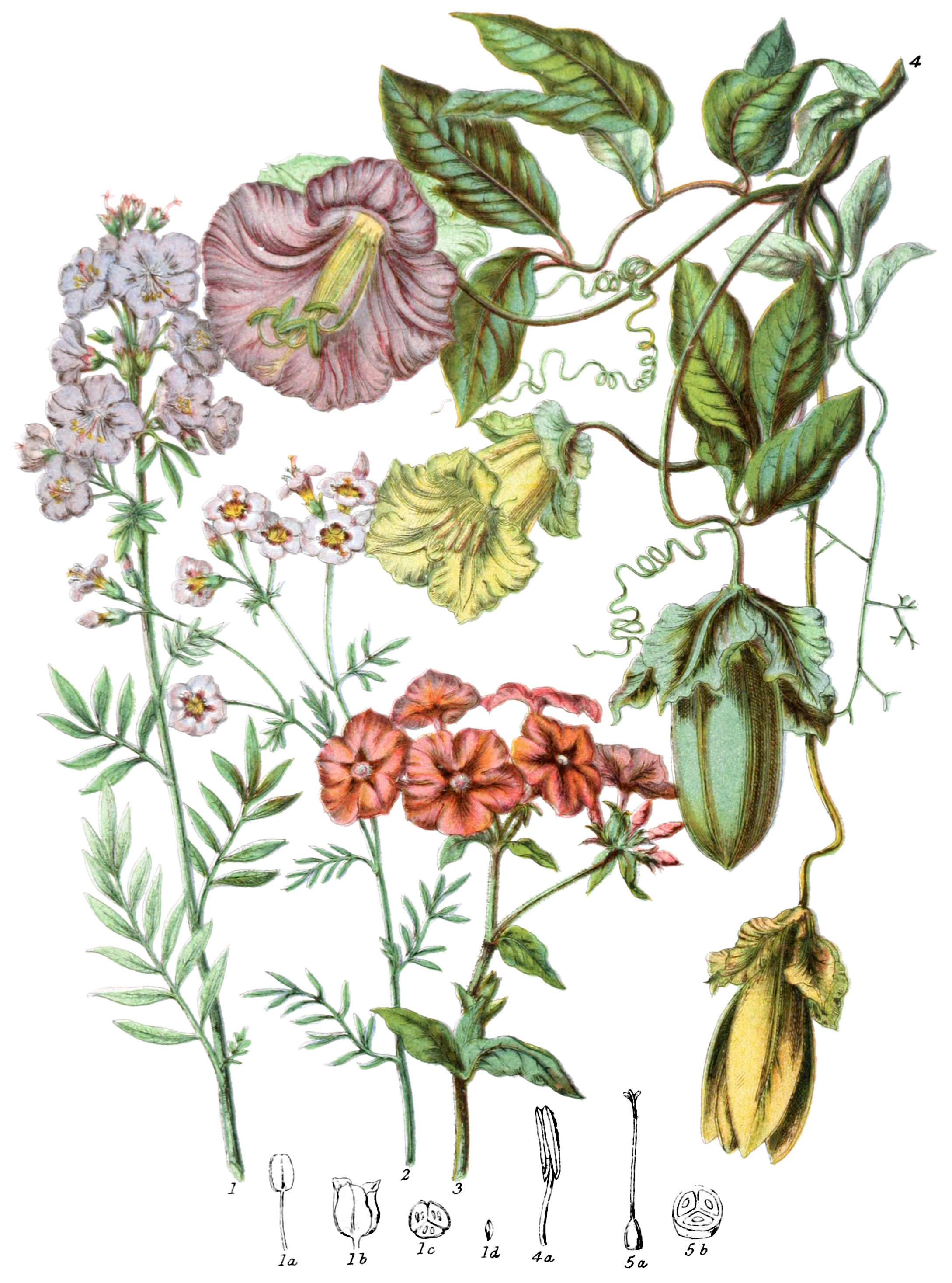 Herbaceious plants, some of which are climbing. The leaves are opposite, occasionally alternate, compound or simple. The flowers are generally in panicles, seldom solitary; the calyx is usually below the ovary, five-parted at the top, sometimes irregular, persistent. The corolla is regular, or nearly so, five-lobed. The stamens are five, inserted into the middle of the tube of the corolla, alternately with its segments; the pollen of the anthers is mostly blue. The ovary is above the calyx, three-celled, with few or many ovules; the style is simple, the stigma trifid. The capsule has three cells and three valves, which separate from the three-cornered central axis. The seeds are angular or oval, containing horny albumen; sometimes winged; often enveloped in a viscid substance full of entangled spiral threads.

This Tribe is connected with Convolvulaceæ by Cobæa: it has also affinity with Gentianaceæ, but is distinguished by the three-celled ovary.

These plants are mucilaginous and bitter.

These herbaceous plants are most abundant in the Temperate latitudes of North and South America, more particularly in the North-west regions. A few only are natives of Europe and Asia. In the Tropics they are unknown.