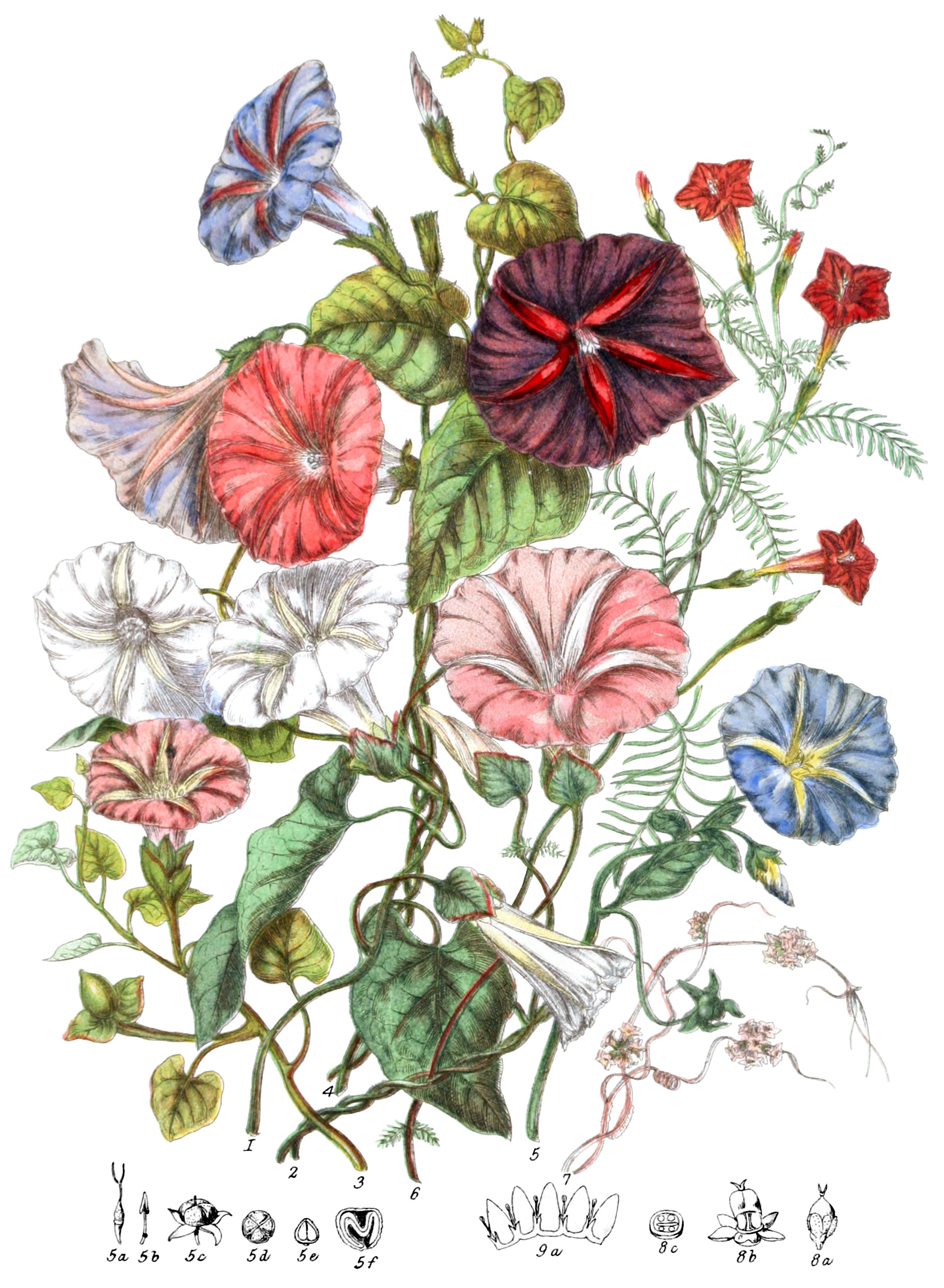 Shrubs and herbaceous plants, usually twining, and containing milky juice; the stalk and leaves are smooth, or simply downy; a few only are erect shrubs, and a few are leafless climbing parasites. The leaves are undivided, or lobed, seldom pinnatifid, and are without stipules. The flowers grow at the ends of the branches, or from the base of the leaf-stalks, or in dense clusters; the flower-stalks ahve usually two bracts, which enlarge after flowering. The calyx has five divisions, often unequal, persistent. The corolla is of one petal, attached to the base of the ovary, regular, and deciduous; the limb is five-lobed and plaited. The stamens are five, inserted into the base of the corolla, alternate with its segments. The ovary has from two to four cells, seldom only one, few-seeded. The style is single, usually parted at the top, sometimes with as many divisions as those of the ovary, and arising from their base. The stigmas are obtuse or acute. Around the base of the ovary is an annual disk. The capsule has from one to four cells, and is dry or succulent. The seeds have a small quantity of mucilaginous or fleshy albumen.

An acrid milky juice exists in these plants.

This Tribe is abundant in the Tropics, found in all Temperate regions, rare in cold climates, and unknown in the coldest. Cuscuta is less frequent in Tropical countries, where its place is filled by Cassytha among the Laurel tribe.