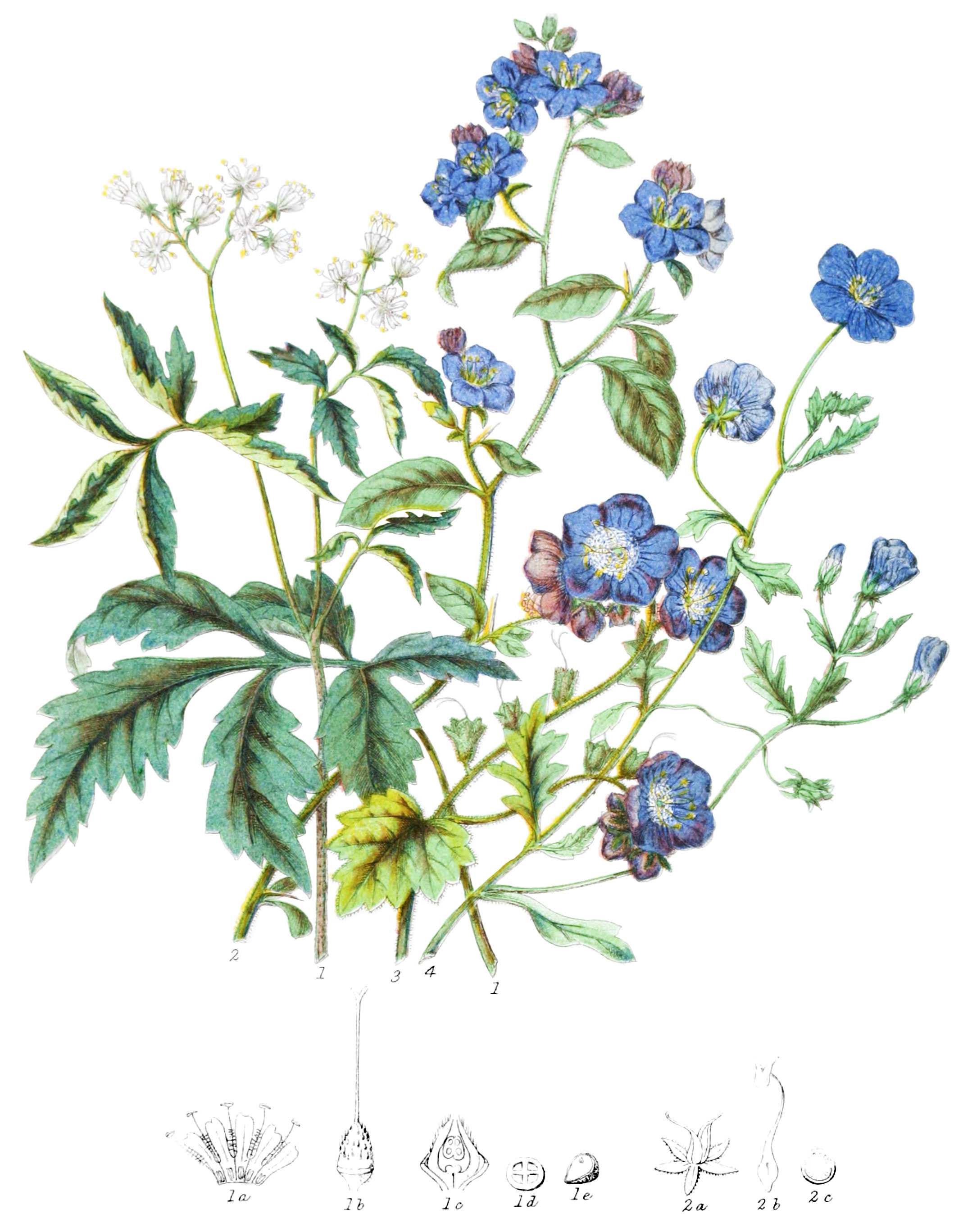 Small trees, burhes, and herbaceous plants, often hairy. The leaves are sometimes lobed, alternate, or the lower ones opposite. The flowers are on curling spikes, occasionally solitary and stalked, growing at the base of the leaf-stalks. The calyx is below the ovary, persistent, deeply five-cleft, sometimes having reflexed appendages between the lobes. The corolla is of one petal, placed below the ovary, regular in form, five-cleft at the top, partly campanulate. The stamens are five, alternate with the segments of the corolla, bent inwards in the bud; the anthers are two-celled, gaping longitudinally. The ovary is simple, two-celled, with two long styles and two stigmas. The fruit is a two-valved capsule, one or two-seeded; the seeds are nettled on the exterior, and contain abundant cartilaginous albumen.

This Tribe has affinity with Boraginaceæ, but is distinguished by the terminal style, and the scales at the base of the corolla.

Slightly bitter properties exist in an unimportant degree in a few of these plants.

This Tribe is scattered over the northern and extreme southern provinces of North America, rare in other countries.