In a book about the psychology of colors, which colors are mentioned and when? This simple question was directed toward Johann Wolfgang von Goethe’s 1810 book, Theory of Colours. Goethe was German statesman and writer who wrote about his views on how colors are perceived by humans. While mostly rejected by the scientific community, it was embraced by and influenced philosophers and artists.

Using the publicly available online version of the 1840 English translation from Project Gutenberg, every mention of color was highlighted and catalogued. Their usage ranged from the simplistic (“a large red image” and “again mixing with yellow”) to the more ornate (“such a hue equal in intensity to scarlet” and “golden rather than fiery”). These names were then grouped into nine common families of colors and assigned a color based on them: red, orange, yellow, green, blue, purple, black, grey, and white.

To create the visual and interactive catalog, colors were grouped by page to illustrate at a glance on which pages colors were mentioned and how often. Each square represents a page and each circle represents a color mentioned on that page. Pages with fewer colors are shown containing fewer larger circles and pages with more colors are shown containing many smaller circles.

Click pages to see original text with the colors in context.

Of the 95,000+ words spanning 471 pages, there were only 1,851 mentions of colors by name (e.g. “red” or “yellow,”) and only 191 unique names used to reference these colors (e.g. “rose” or “yellow-green”). Since Goethe did not provide visual examples of each, some creative license was taken to devise a palette. Robert Ridgway’s, Color Standards and Color Nomenclature from 1912 was used as a basis for this palette by aligning Goethe’s descriptions to Ridgway’s names wherever possible. A handful of names were not translated from the original German text and remained in either German, Italian, or Latin. Google Translate was used to approximate a best guess for the English equivalent.

Click color groups to see how often each name was used. Drag/pinch to zoom in.

See how it was made » 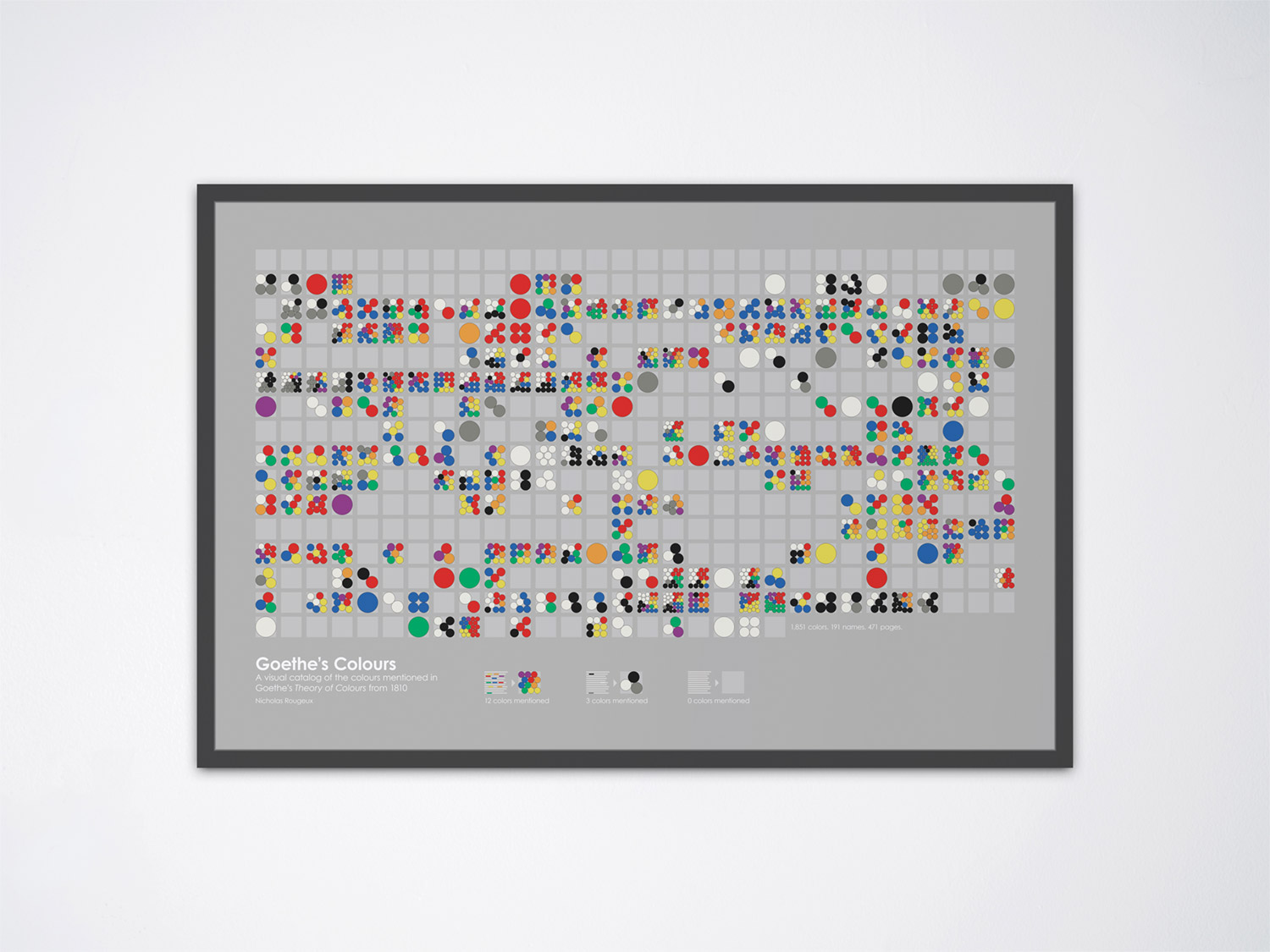