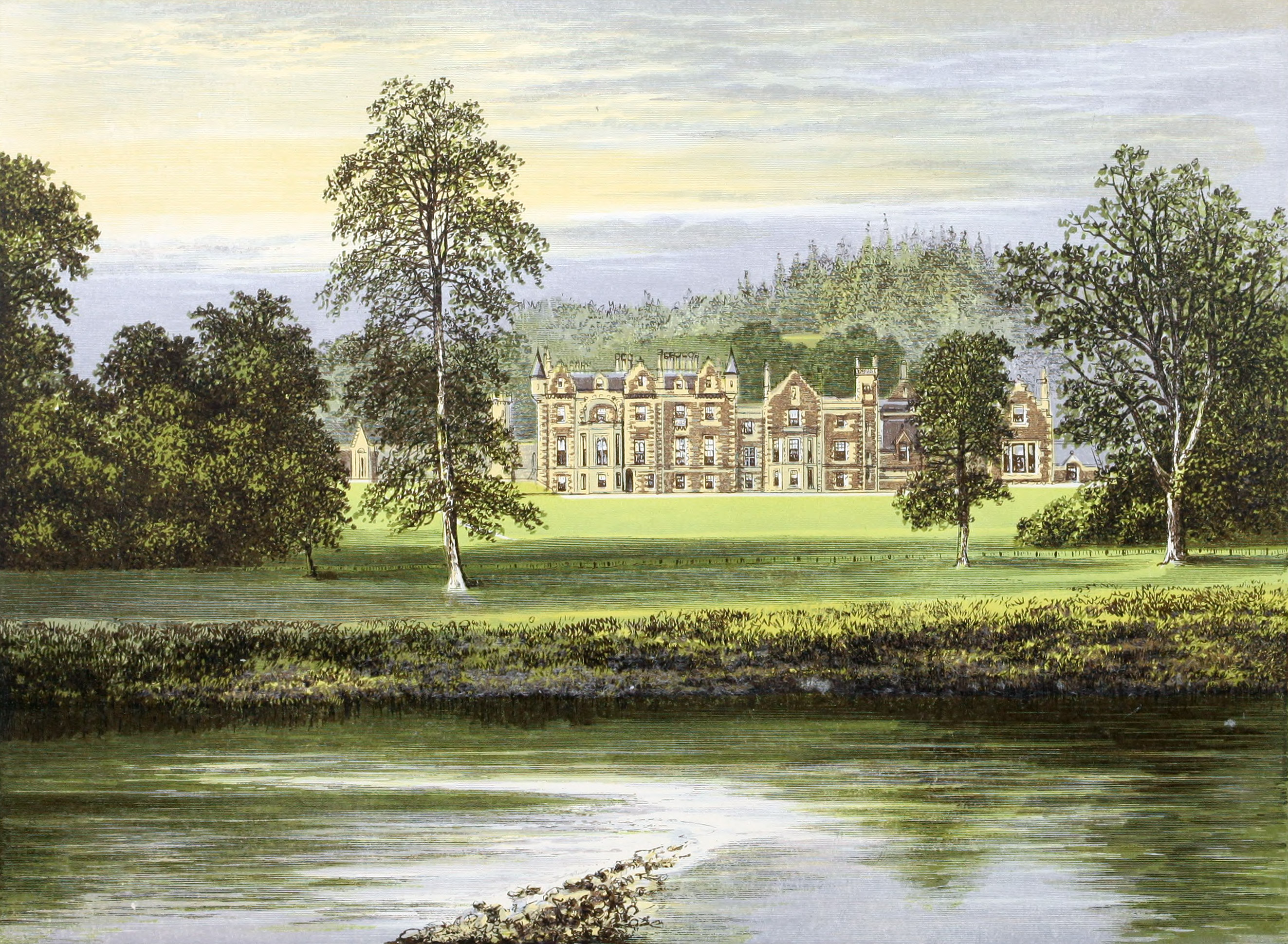 This is yet another of those places whose celebrity is entirely owing to the owner, whose own fame made it famous. We may, in truth, rather say, its maker, or its founder, than its owner, for time was when it scarce had an existence, a mere farm house being all that then was of what now is Abbotsford. The wand of the Enchanter of the North called it into being, and a fair spot indeed it is, as I can truly say, having seen it myself.

Now, well wooded on all sides, it was, when he first bought it, a mere moor “sae black and bare,” the only “thing of beauty” about it being the noble river Tweed, which flows adown in front of the house:

and its waters carry, and will carry, to the sea, to be then borne to every quarter of the earth, the never-to-be-forgotten and worthy name of Walter Scott.

Sir Walter Scott, of an ancient Scotch family of that name, the author of Waverley and of Ivanhoe, born August 15th., 1771, married, December 24th., 1797, Margaret Charlotte, daughter of Jean Charpentier, of Lyons, a devoted Royalist during the French Revolution, and by her, who died May 14th., 1826, had

The eldest son to survive,

Sir Walter Scott, second Baronet of Abbotsford, Lieutenant-Colonel in the Fifteenth Hussars, born October 28th., 1801, married, February 3rd., 1825, Jane, daughter and heiress of John Jobson, Esq., of Lochone, Fifeshire, and died at the Cape of Good Hope, February 8th., 1847, when the Baronetcy became extinct, and the estate devolved on his nephew,

Mary Monica, next representative of the family.

Mary Monica Hope-Scott, of Abbotsford, married, July 21st., 1874, the Honourable Joseph Constable-Maxwell, Lieutenant in the Rifle Brigade, born January 16th., 1847, third son of William, Lord Herries, and had, with other children, a son,