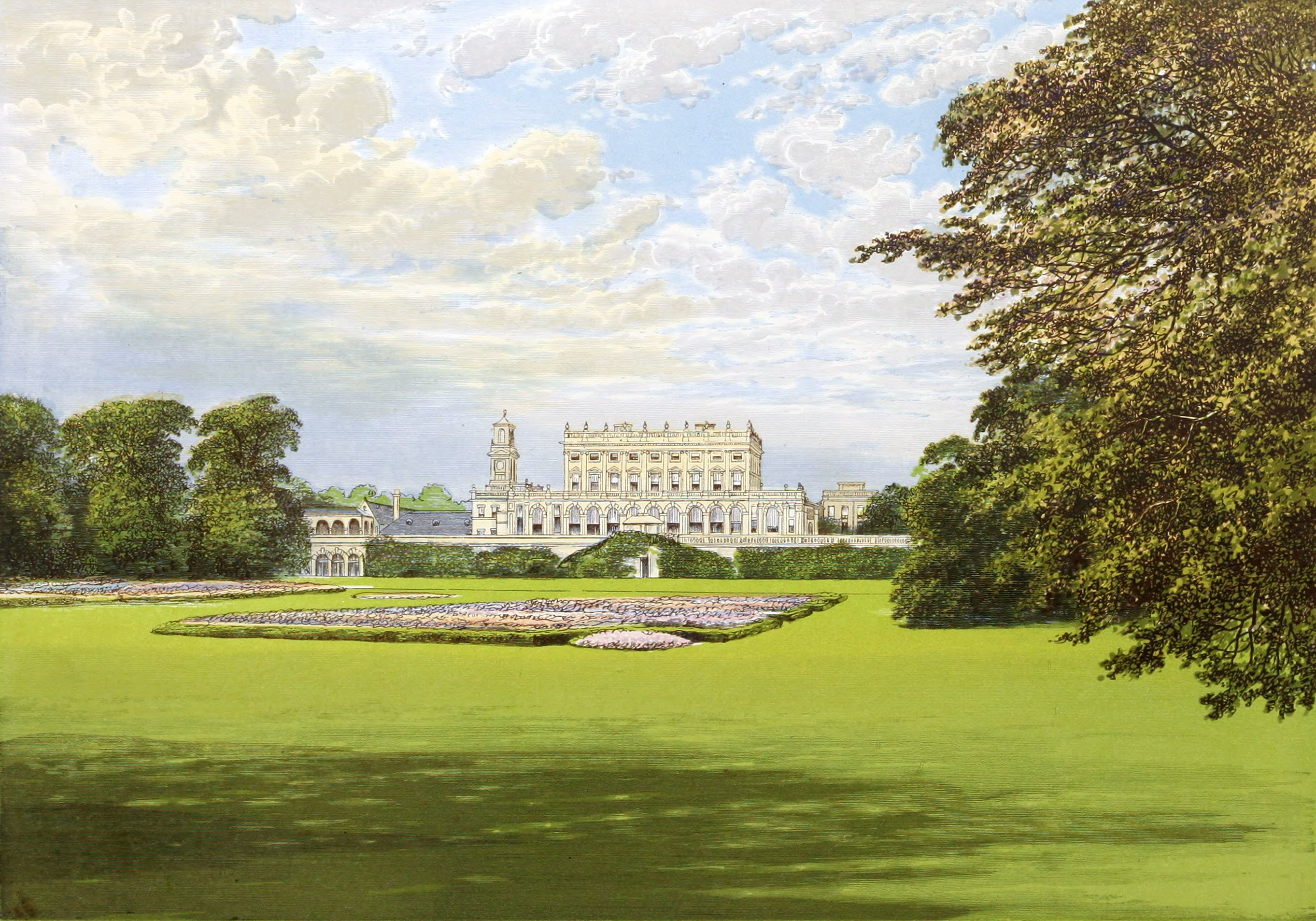 Buckinghamshire, Near Maidenhead, Berkshire.—Duke of Westminster.

The situation of Cliveden, is exceedingly beautiful, looking down, over finely wooded slopes, on the winding Thames, with the Keep of Windsor Castle in the more distant view.

Held at one time by

George Villiers, first Duke of Buckingham, who was struck down by the murderous hand of Felton, it went next to his son, of the same name, the second successor in the title,

George Villiers, “the wicked Duke of Buckingham,” who, if possible, outdid his father in profligacy and extravagance. He was the B in the “Cabal” administration, and was a man of great talent and taste, who might have adorned his high station in life as much as he disgraced it. His end was as miserable as it well could be, and as it deserved to be. He was injured by a fall from his horse, from the effects of which he died, on the 6th. of April, 1688, at a small inn, whither he had been carried after the accident, at Kirkby-Moorside, in the North Riding of Yorkshire, neglected and despised by all, and without a single person near him in his last moments, to soothe or soften the conclusion of his evil career.—

“There, victor of his health, of fortune, friends, And fame, this lord of useless thousands ends.”

Since his death the estate has been in possession of various owners. At one time it became the property of

Lord William Hamilton, first Earl of Orkney, probably through his wife, who had been of the Villiers family. It was subsequently inherited by

The second Countess of Orkney married, in 1793, Murrough O’Brien, first Marquis of Thomond, a man of learning and taste, and the friend of Edmund Burke, with whom the place was a favourite resort.

Sir George Warrender, Baronet, from whom it was purchased by the

Duke of Sutherland, and from him it came next to the

The family of His Grace the Duke of Westminster is of French origin, as stated in a previous volume of the present work.