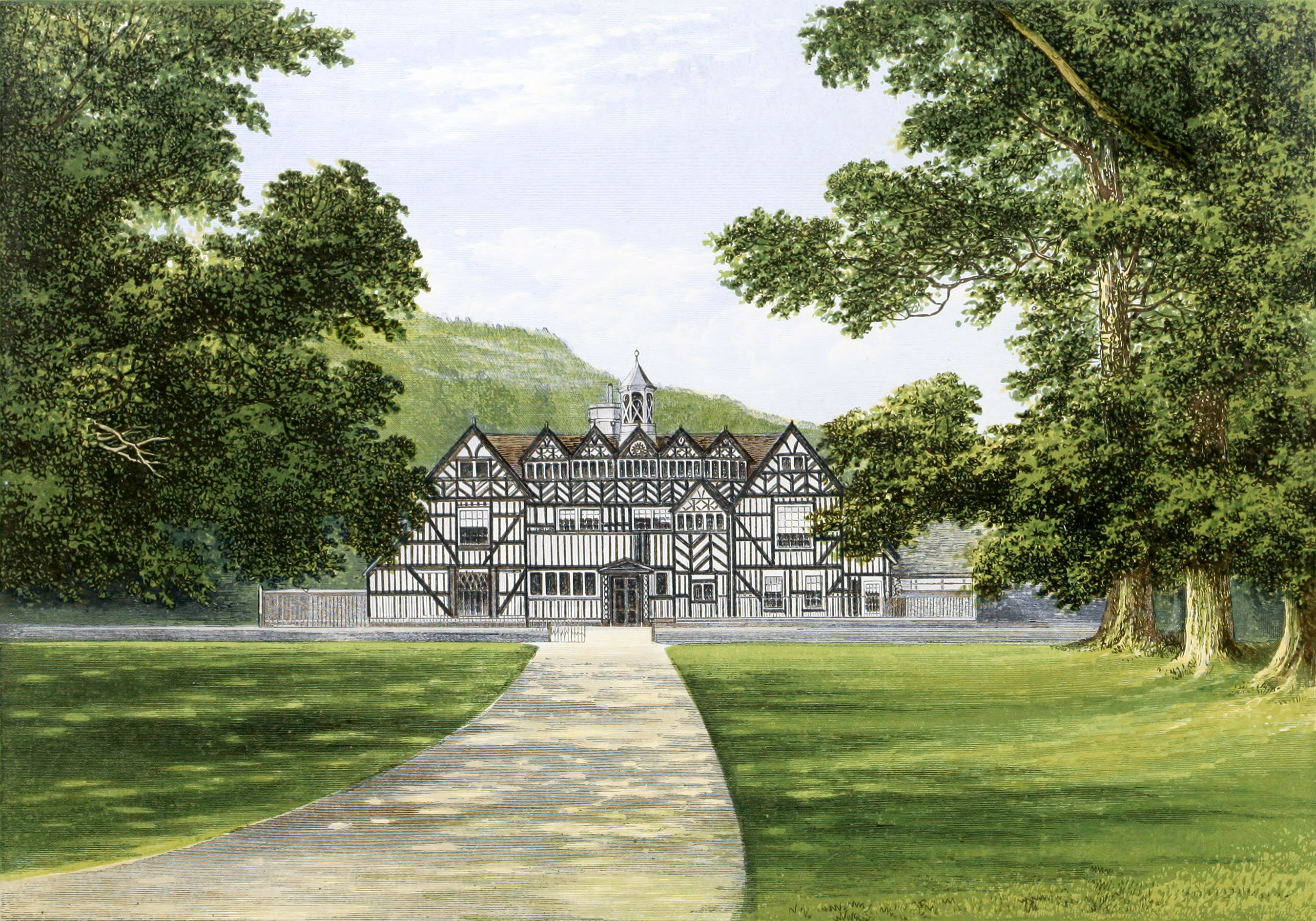 This ancient seat was lield by the family of Bearcroft in lineal male descent from 1337, and it is thought probably from a much earlier date, down to the year 1822, when it was carried by an heiress to a member of another family, who then took the name.

The Hall was built by Thomas Bearcroft in the above-named year, 1337, the tenth of King Edward the Third’s reign. It is a black-timbered mansion, approached by a fine old avenue of elm trees, and is sheltered on the other side by a beautifully wooded hill.

The front is crowned with a series of gables, those of the two wings of a larger size, the middle of the building having five lesser ones. In the centre is a clock, and above the roof is a lofty turret of an octagon shape.

During the Great Rebellion the then Bearcroft took the loyal side, and the Roundheads quartered themselves in his house, and turned the hall into a stable. He was set down by the rebels as an inveterate and confirmed malignant, and heavily fined, his name still appearing in the list of those who were compelled to compound for their estates.

I am indebted for the view of this ancient seat to Mrs. Henry Bearcroft (Miss Ellen Vernon), daughter of my good friend of former days, Mr. George Croft Vernon, to whom I have alluded in my account on another page of the family of Vernon of Hanbury Hall.

The old family of Bearcroft came to an end in the male line, when an heiress carried the representation of it to another, the name however being taken with the estate.

Edward Henry Bearcroft, Esq., of Meer Hall, married Elizabeth, daughter of James Bowen, Esq., of Pantyderry, in the county of Pembroke. Their son,

Edward Bearcroft, Esq., of Meer Hall, High Sheriff of Worcestershire in the year 1854, by his marriage, in 1850, with Eliza, third daughter of John Colby, Esq., of Fynone, in Pembrokeshire, had a son,

Edward Hugh Bearcroft, born in 1852. He married, in 1877, Catherine Elizabeth, only daughter of Grismond Phillips, Esq., of Cwmgwilli, in the county of Carmarthen, in South Wales.