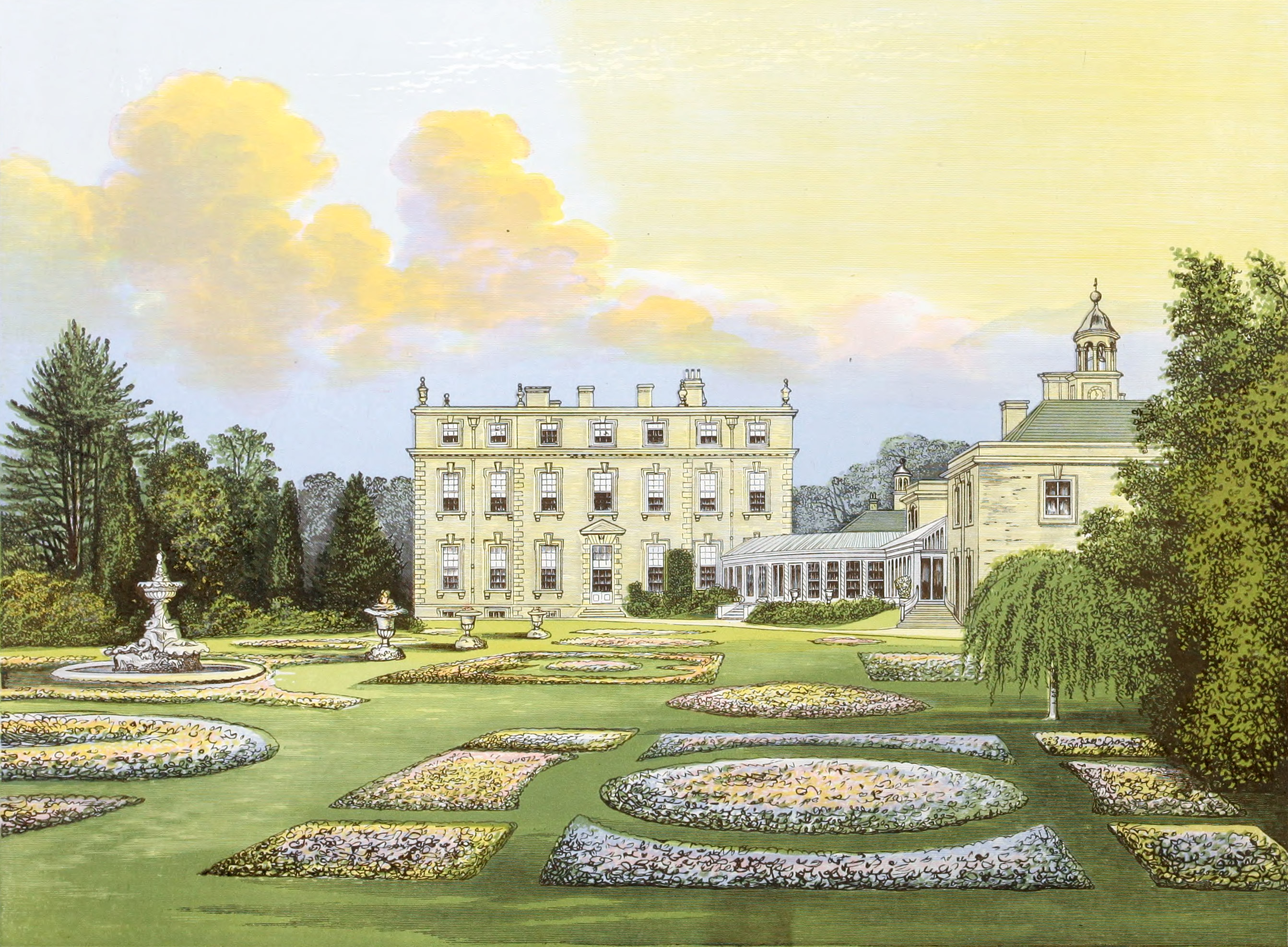 The very fine old oak and other timber in view, for a long distance here, of the traveller by the railway between Worcester and Oxford, cannot but be greatly admired.

Sir Henry Dillon, Knight, of Drumrauy, married Bridget, daughter of Meyler de Bermingham, Lord of Athenry, and had sons, the elder of whom,

Gerald Dillon, Lord of Drumrauy, married to Lady Emily Fitzgerald, daughter of the Earl of Desmond. Their eldest son,

Sir Maurice Dillon, Knight, Lord of Drumrauy, married, first, Lady Anue Fitz- gerald, daughter of the Earl of Desmond, by whom he had a son, his heir,

Thomas Dillon, Esq., of Drumrany, who married Jane, daughter of Sir Robert Dillon, Knight, Attorney-General to King Henry VIII., and had a son and heir,

Edmond Dillon, of Drumrany, who married a daughter of Sir Christopher Plunkett, Knight, and had by her a son,

Sir James Dillon, of Ballynakill, married a daughter of Sir Christopher Dalton, of Dalton’s Country, and their eldest son,

Sir Theobald Dillon, Knight, of Costello-Gallen, in the county of Sligo, commanded a volunteer troop in Queen Elizabeth’s reign, and received the honour of Knighthood on the field of battle, 1559. He was created Viscount Dillon, March 16th., 1621, and was afterwards Lord President of Conuaught. He married Eleanora, daughter of Sir Edward Tuite, Knight, of Tuitestown, in the county of Westineath, and widow of William Tuite, of Monilea. He died in 1624, leaving so numerous a progeny, that at one time a hundred of his descendants were assembled in his house at Killenfaghny. He was succeeded by his grandson,

Lucas Dillon, second Viscount Dillon, who married, in 1625, Lady Mary MacDonnell, third daughter of Randal Mac-Donnell, first Earl of Antrim, and left at his decease, in 1629, an only son, his successor,

Theobald Dillon, third Viscount Dillon, who died in infancy, in 1630, when the title reverted to his uncle,

Thomas Dillon, fourth Viscount Dillon. This nobleman married Frances, daughter of Nicholas White, Esq., of Leixlip, and was succeeded at his death by his eldest surviving son,

Thomas Dillon, fifth Viscount Dillon, who married Elizabeth, eldest daughter of Sir John Burke, Knight, of Derrymaclagtny, in the county of Galway, but had no children. His Lordship died in 1674, when the title went to his kinsman, the eldest son of Sir Theobald Dillon, Knight, third son of Sir Christopher Dillon, Knight, son of the first Lord, namely,

Lucas Dillon, who then became sixth Viscount Dillon, and also dying sine prole, in 1682, the title devolved on the son of Robert Dillon, son of Sir Lucas Dillon, second son of the said first Viscount,

Theobald Dillon, Esq., of Kilmore, who succeeded as seventh Viscount Dillon. This nobleman attached himself to the falling fortunes of James II., and was outlawed in 1690. He married Mary, daughter of Sir Henry Talbot, of Temple-Oge, in the county of Dublin, and had, with other issue, a son and successor,

Henry Dillon, who become eighth Viscount Dillon, on the outlawry being reversed in his favour. He married Frances, second daughter of George, Count Hamilton, and dying in 1713, was succeeded by his son,

Richard Dillon, ninth Viscount Dillon, who married Lady Bridget Burke, daughterof John, ninth Earl of Clanricarde, and was succeeded, at his decease in 1737, by

Charles Dillon, tenth Viscount Dillon, elder son of Arthur Dillon, second son of the seventh Viscount, who also dying without children, in 1741, was followed by his next brother,

Henry Dillon, eleventh Viscount Dillon, a Colonel in the French service, married, October 26th., 1745, to Lady Charlotte Lee, eldest daughter and heiress of George Henry Lee, second Earl of Lichfield, by whom he had, with others, an eldest son he died November 3rd., 1787—

Henry Augustus Dillon, thirteenth Viscount Dillon, born in 1777, married, in 1807, Henrietta, eldest daughter of Dominick Geoffry Browne, M.P., sister of the first Lord Oranmore, and by her had, besides several other children,