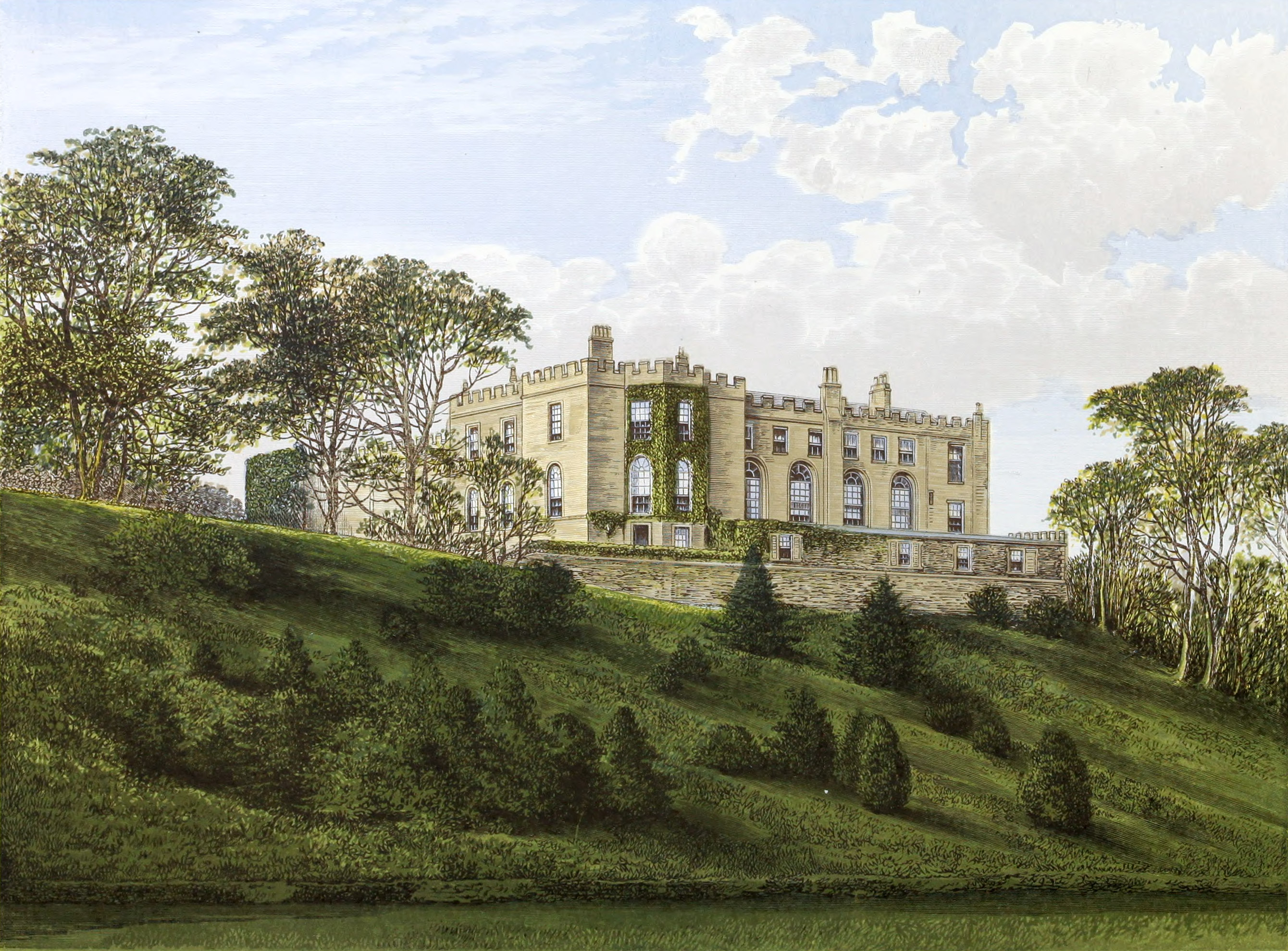 Orme was father of

Thomas, having had a grant of the Lordship of Culwen, his descendants assumed that name. It came first to be written as at present in the reign of King Henry VI. The family however became extinct in the male line by the death of

Henry Curwen, Esq., in the year 1778, whose daughter carried the estate to the family of Christian, as presently stated.

The old mansion was built in the reign of William Rufus, by Patric de Culwen, and was castellated in 1379, pursuant to a Royal licence granted by King Richard II. to Sir Gilbert de Culwen.

It has in times since been mainly rebuilt, the oldest portion being the gateway in the centre of the tower.

The house stands on a finely-wooded eminence overlooking the river Derwent, and with fine views of the Solway and the opposite coast of Scotland.

It was near to this that Queen Mary landed, in 1568, after her escape from Lochleven Castle, and the then defeat of her followers. Readers of Sir Walter Scott’s Redgauntlet will well remember the stirring events in which Herries was engaged in her behalf, after his first appearance on the scene, under the guise of leistering salmon on the banks of the Firth.

The family of Christian belonged to the Isle of Man.

William M’ Christen, a member of the House of Keys in 1422, was ancestor of

Ewan Christian, Esq., of Milntown, made Demster of the Isle of Man in 1605, whose son,

John Christian, Esq., of Milntown, living in 1643, was father of, by Margaret his wife, daughter of John Parker, Esq., of Bradkirk, Lancashire,

Edward Christian, Esq., of Milntown, Demster of the Isle of Man, who married Dorothy, sister of Edward Wilson, Esq., of Dallam Tower, Westmoreland, and their son,

Ewan Christian Esq., of Milntown, the first to settle in England, at Ewanrigg Hall, Cumberland, married, in 1677, Mary, eldest daughter of John Caine, Esq., and dying in 1719, was succeeded by his eldest surviving son,

John Christian (Curwen), Esq., of Milntown and Ewanrigg Hall, many years M.P. for Cumberland, married to his second wife, October 5th., 1782, Isabella, daughter and sole heiress of Henry Curwen, Esq., of Workington Hall, and thence assumed the name of Curwen. He died December 13th., 1829, and was succeeded in the Workington Hall estate by their son,