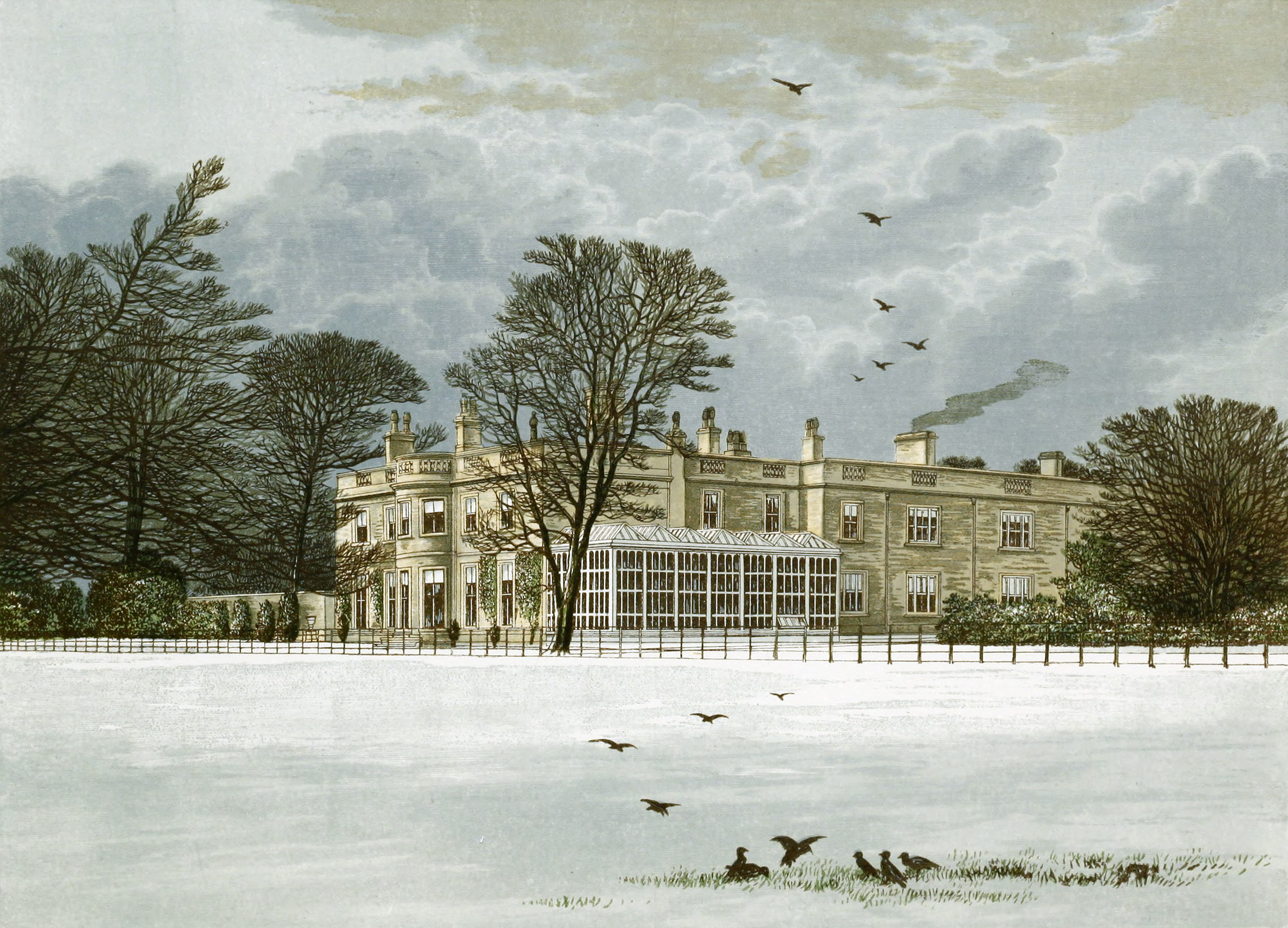 The Manor of Ednaston was, at an ancient date, given to the priory of Tutbury by Robert, Earl Ferrers.

In 1542 it was conveyed to Francis Shirley, whose descendant, the father of the the present Earl Ferrers, resided at Ednaston Lodge.

Mr. Kingdon acquired this estate by purchase in 1872, and afterwards considerably improved it and added a new wing to the mansion.

The Manor of Ednaston went with the estate.

The family of Kingdon was seated at Trehunsey, in Cornwall, for many generations before 1400.

Edward Kingdon, son of the above, also represented the same place, 1467.

John Kingdon, of Trehunsey, settled at East Leigh in 1563, from which time the pedigree remains unbroken. The elder branch still reside at East Leigh,

Mr. Kingdon succeeded his father in the family residence of Stamford Hill, Cornwall, which place was the scene of a battle in which the Cornish royalists, under Sir Bevil Grenville, gained a signal victory over the rebel army under the Earl of Stamford, May 16th., 1643.

An ancestor of Mr. Kingdon’s fought here on the royalist side. Several mementos of this battle are still preserved by the family.

Besides his Derbyshire property, Mr. Kingdon became possessed of Stamford Hill and estates in the parishes of Ponghill, Stratton, Launcells and Poundstock, in Cornwall, and others in Devon. The family originally became connected with Derbyshire through marriage with the Gilberts, of Youlgrave Hall.