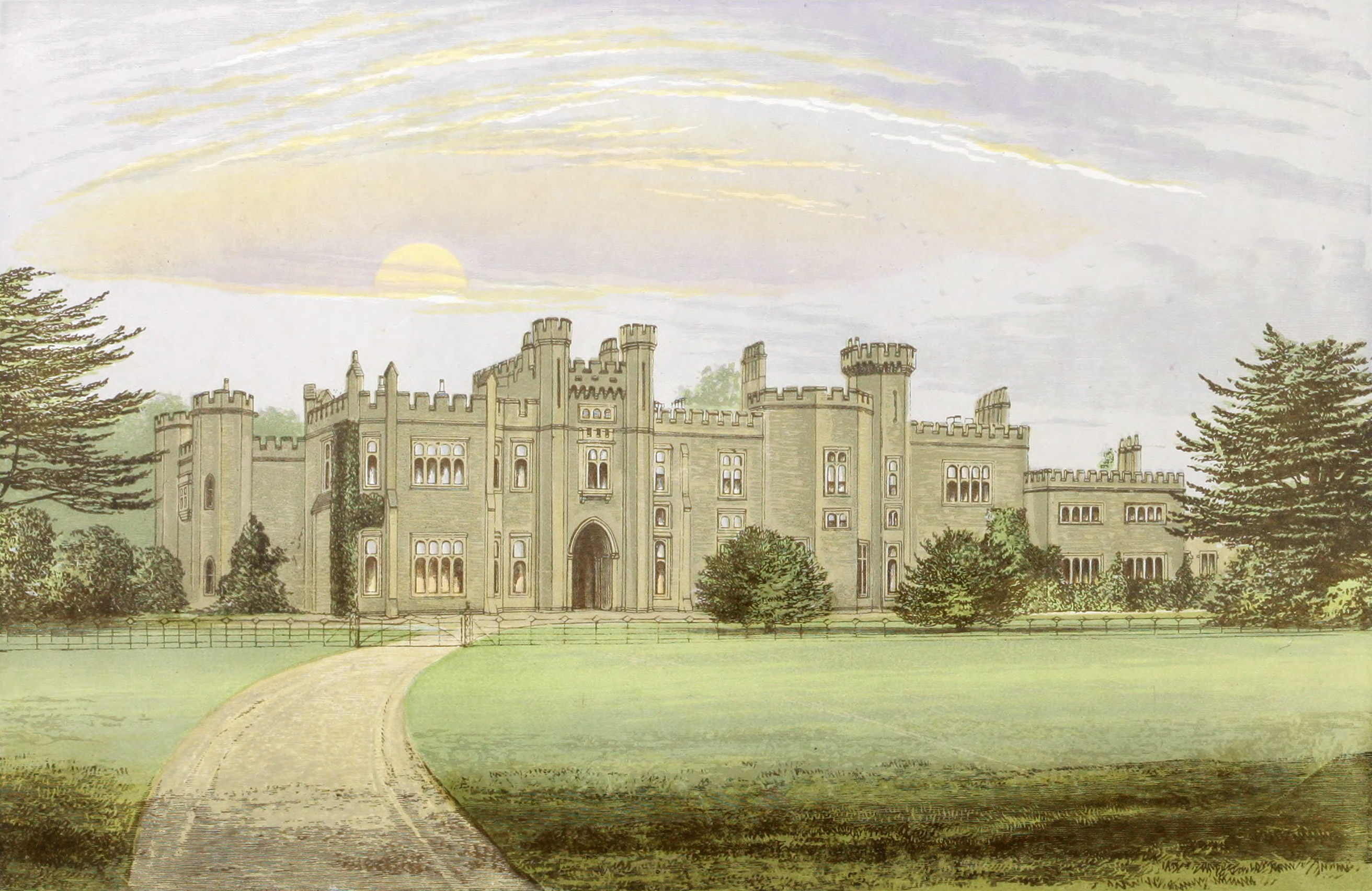 This is another of those old seats which in process of time has frequently changed, by descent in the female line, the name of its owners, as thus

Birch, of Birch, Lancashire, was father of

Samuel Birch, born about the year 1600, of Ardwick and Ordshall, in the same shire, who left a son,

John Birch, born in the year 1626, who became of Garnstone, and was a Colonel in the Parliamentary Army, and also M.P. for Weobley. In the former capacity he took the city of Hereford in 1645, and ransacked the Bishop’s Palace, lawlessness being the habit of the Cromwellers. His daughter,

John Birch, who left the property to his brother,

Samuel Birch, from whom it descended to his nephew,

John Peploe, (son of Ann Birch and Samuel Peploe, Warden of Manchester,) who took the name of Birch, and the property thus passed to his son,

Samuel Peploe, who dropped the name of Birch, died in the year 1845, and was succeeded by his nephew,

Daniel Peploe Webb, who dying in 1866, the property was inherited by his brother,

The Rev. John Birch Webb, who then also took the name of Peploe.

The present house was commenced in the year 1805, by Samuel Peploe, Esq. It is in the castellated style, and of grey stone.

The old house stood higher up in the park.

There is a finely wooded deer park of about two hundred acres. It contains a number of ancient ceder trees and venerable Scotch firs.

The place is situated about a mile from the town of Weobley, an old borough which formerly returned two Members to Parliament, but is now disfranchised.

From one side of the house there is a fine view of the Clee Hills and the Welsh Mountains, and on the other side Robin Hood’s Butts are to be seen.

The following epitaph on Colonel Birch is to be seen on his tomb in Weobley Church:—

In Hope of Resurrection to Eternal Life
Here is deposited the Body of
Coll. John Birch,
(Descended of a Worthy family in Lancashire,)
As the dignities He arrived at in the Field; and the
Esteem Universally yielded him in the Senat-House
Exceeded the attainments of most; so they were but the
Moderate and just rewards of this
Courage, Conduct, Wisdom, and Fidelity.
None who knew him denyed him ye charatter of
Asserting and vindicating
Ye Laws and Liberties of his country in War
And of promoting its Welfare and Prosperity in Peace.
He was borne ye 7th. of Sept., 1626,
And died (a Member of ye Honble. House of Comons,
Being Burgess for Weobley)
May ye 10th., 1691.

Of the present family is Mrs. Webb, the well-known authoress.