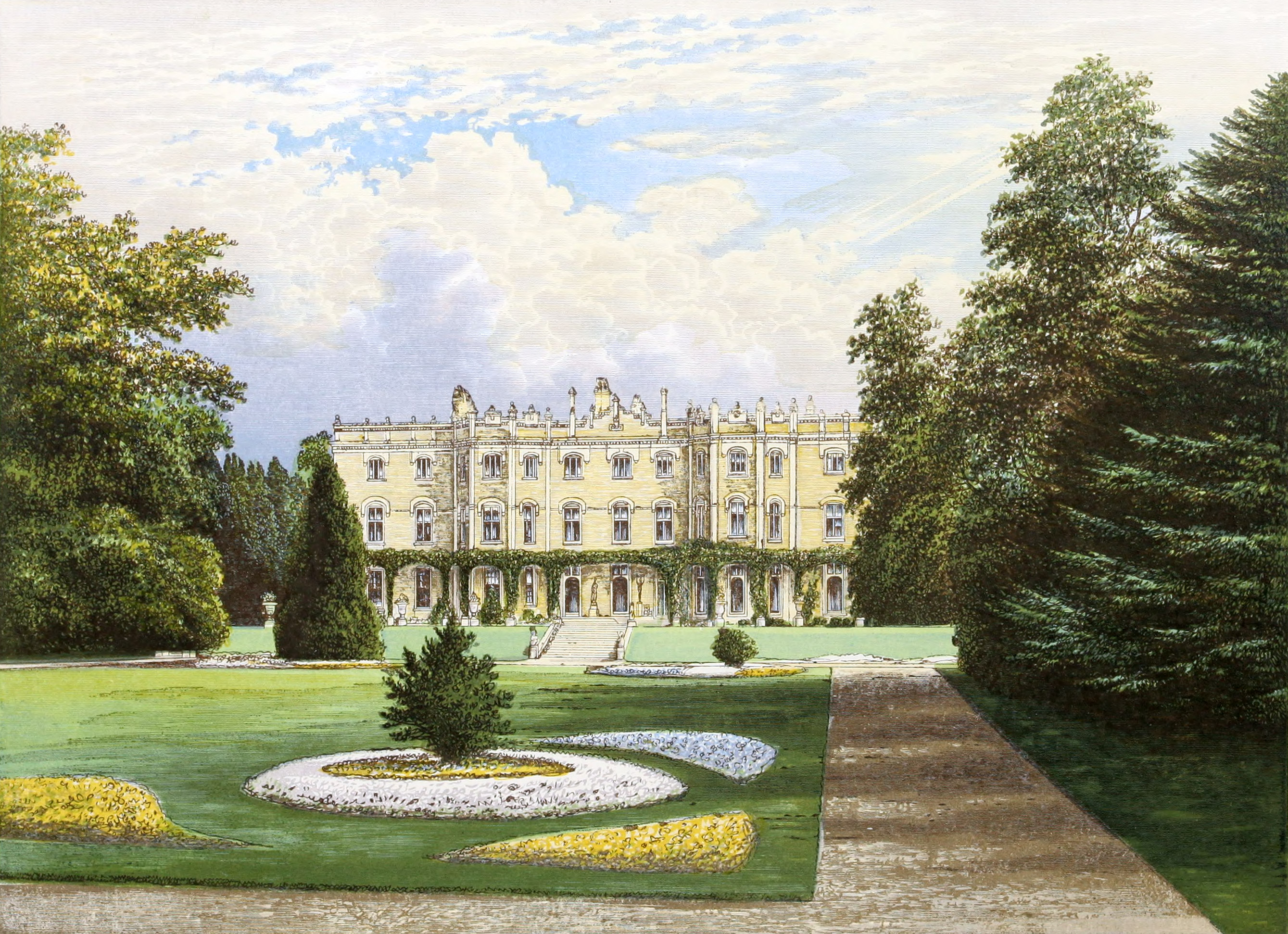 Near Wycombe, Buckinghamshire.—Earl of Beaconsfield.

I may repeat here the remark I made in preceding volumes of this work, in writing of Balmoral and afterwards of Sandringham, as to how little their names were formerly- known in comparison with the world-wide fame they since have gained. Once not heard of at all beyond their immediate neighbourhood, now they are universally household words with every one wherever the English language is spoken, and even far more widely.

So with Hughenden. Had it not been for its illustrious owner, it might have remained as “unnoticed and unknown” as the forelders of the parish themselves who

“ Each in his narrow cell for ever laid,”

sleep in the quiet retiremont of the “Country Churchyard” of the place in which they lived and died.

“The breezy call of incense-breathing morn,
The swallow twittering from the straw-built shed,
The cock’s shrill clarion or the echoing horn,
No more shall rouse them from their lowly bed.”

They are gone, but “the earth abideth for ever,” and their place, though it knows them no more, has itself become indissolubly united with the name of its owner, who has made it famous, the home of an English Country Gentleman, as one of the most distinguished statesmen that has ever been at the head of the Government of England to guide the affairs of the nation.

I take the following particulars from Burke’s “Peerage and Baronetage:”—

“The family of Disraeli settled first in Spain and then in Venice.

Sarah Villareal de Seproot,—a family branch of the Villareals of Portugal,—by whom he had an only child,

“Isaac Disraeli, Esq., D.C.L., of Bradeuham Manor, Buckinghamshire, the well-known author of the “Curiosities of Literature,” who married Maria, daughter of George Basevi, Esq., of Brighton, originally of a Venetian family, and had four children,

“Sir Benjamin Disraeli, Earl of Beaconsfield and Viscount Hughenden, of Hughenden, in the County of Buckingham, K.G., P.C., LL.D., D.C.L., First Lord of the Treasury, and Lord Privy Seal, a Commissioner of Education for Scotland, a Member of the Committee of Council on Education, an elected Trustee of the British Museum, and an Elder Brother of the Trinity House, married, August 28th., 1839, Mary Anne, widow of Wyndham Lewis, Esq., M.P., of Greenmeadow, in the county of Glamorgan, only daughter of Captain John Viney Evans, R.N., of Bampford Speke, Devonshire, and niece, and eventual heiress, of General Sir James Viney, K.C.H., of Taignton Manor, in the county of Gloucester. This Lady was created, November 30th., 1868, Viscountess Beaconsfield, of Beaconsfield, Buckinghamshire, but died without issue, December 15th., 1872, when the title became extinct.