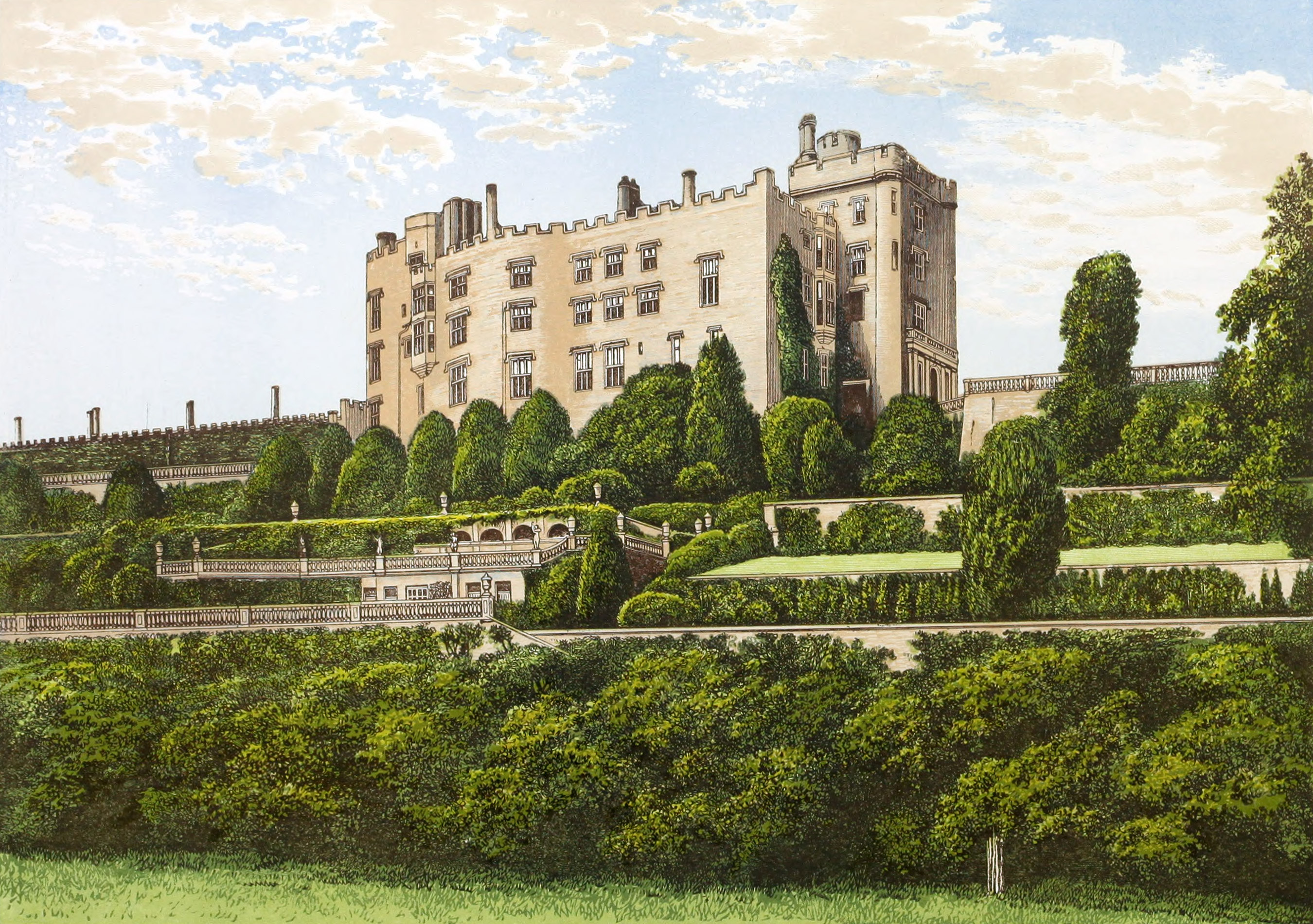 Near Welshpool, Montgomeryshire.—Earl of Powis.

Powis Castle is a venerable pile of building, and from it, being on higb ground, a variety of views of great extent are obtained over the valley of the Severn.

It is built of the red stone of the country.

Within the house the principal gallery is one hundred and seventeen feet long. In another are a number of family portraits. A separate room also contains many valuable paintings by the most celebrated masters.

The park, of an uudulated character, is adorned with a quantity of fine timber.

Richard Clive, of Styche, in the county of Salop, stated to be twelfth in descent from Henry de Clive, of Clive, married Margaret, daughter of Sir Richard Corbet, of Moreton Corbet, and had several children, of whom the eldest son,

Richard Clive, of Styche, living in the reign of King Henry the Eighth, married Jane, sister of Sir William Brereton, Knight, of Brereton, and died in 1573, leaviug, with daughters, one son,

Sir George Clive, of Styche, Chancellor of the Exchequer in Ireland, who married Susannah, daughter of Henry Copinger, Esq., of Buxhall, Suffolk, and had two sons. The second,

George Clive, Esq., married Mary, daughter and heiress of Martin Husbands, Esq., of Wormbridge, Hertfordshire, and died in the lifetime of his father, so that his son succeeded,

Richard Clive, Esq., of Styche, M.P. for Montgomeryshire in several successive Parliaments. He married Rebecca, daughter and coheiress of Nathaniel Gaskell, Esq., of Manchester, and had, with daughters, two sons, of whom the elder was

Robert Clive, Esq., K.C.B., born February 24th., 1726, who for his splendid services in India, at Pondicherry, Arcot, and Plassey, etc., was elevated to the Peerage of Ireland as Baron Clive, of Plassey, in the County of Clare. He became after- wards M.P. for Shrewsbury, from 1760 to the end of his life, November 22nd., 1774. He had married, February 18th., 1753, at Madras, Margaret, daughter of Edmund Maskelyne, Esq., of Purton, Wiltshire, and they had two sons and two daughters, of whom the elder son,