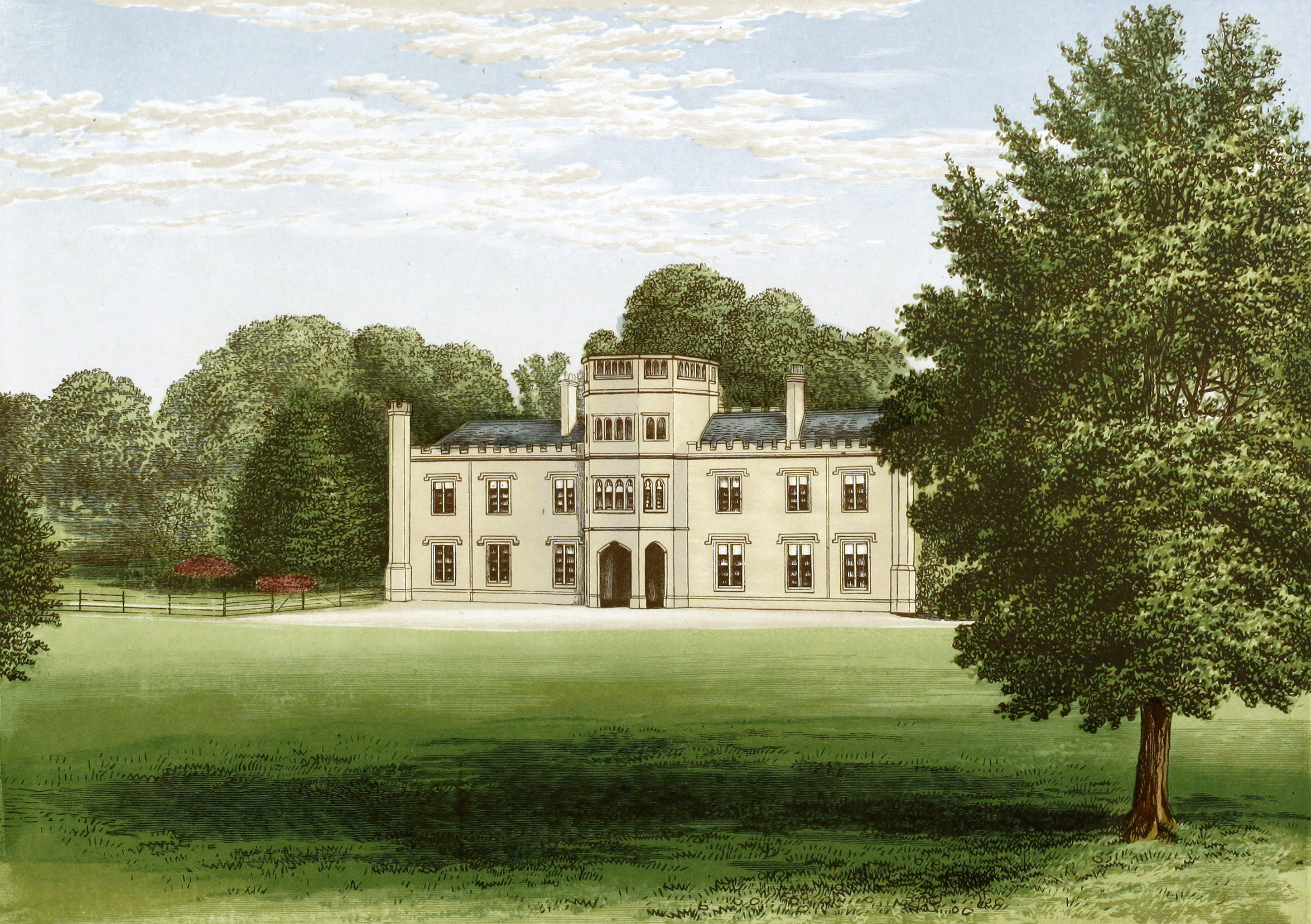 Woseley Hall is situated in a valley close to tlie high road, formerly the old coach road between London and Liverpool, the inn at Wolseley Bridge being one of the principal halting places for change of horses. It is about two miles from Eugeley, and seven from Stafford. The house was considerably Charles, the seventh Baronet.

The most prominent feature of the interior is a beautiful specimen of oak carving, consisting of a magnificent staircase, together with the wainscotted drawing-room, the workmanship of an eminent artist of the name of Pierce, supposed to be a pupil of Grinley Gibbons, in the reign of Charles the Second.

The River Trent, running in the north-west part of the county, takes here a winding course, and passes through Wolseley Bridge, near one of the entrance lodges at the foot of the hanging woods in the park.

Among the pictures are the following:—An interior of an Inn, by Teniers; St. Agnes, by Carlo Dolce; St. John, by Murillo; two heads by Albert Durer; several landscapes by Ostard; a cattle piece by Berghem; and several family portraits, the best being that of Lady Wolseley, (née Chambers,) wife of the Sixth Baronet, by Cotes.

The family of Wolseley have resided here, and under the same name, for more than seven centuries.

From Edric, who lived at Wolseley in the time of William Rufus, descended Richard de Wolseley, who, in the twenty-fifth year of Edward Sybilla, daughter of Roger de Aston, with whom he had lands in Bishton, an adjoining lordship, which remain with the family to this day.

In the reign of Edward the Fourth, Ralph Wolseley was one of the Barons of the Exchequer, and had permission, under the Great Seal, to enclose a park, and to stock it by means of deer leaps, with deer from out of Cannock Chase, which it adjoins. The leaps exist to the present day, and the park still contains a herd of deer. The deed is still in preservation amongst several other even older ones in the muniment chest of the family.

From him descended Robert Wolseley, who was created a Baronet by King Charles the First. His son. Sir Charles Wolseley, represented

Stafford and Oxford in Parliament during the Protectorate, and was afterwards called up to Oliver Cromwell’s Upper House. He was in great favour with the Protector, and was one of his “Seven Chums.”

There are several monuments and inscriptions in the ancient church at Colwich of the Wolseley family.

Ralph Wolseley, one of the Barons of the Exchequer in the reign of Edward the First, left a son,

Ralph Wolseley, whose son and successor,

Sir Robert Wolseley, created a Baronet November 28th., 1628. The eighth inheritor of the title after him, in direct descent, was

Sir Charles Wolseley, Baronet, born in 1813, who married, in 1834, Mary Anne, eldest daughter of Nicholas Selby, Esq., of Acton House, Middlesex, and was father of